It’s a little late to post about this spring flower but it was also in late springtime when hubby and I were out driving around the neighborhood to look for this. We normally see this in full bloom in April but spring was kind of late previously so we didn’t know exactly when it started to bloom. We were lucky to find the tree about three weeks ago though still bearing the beautiful flower of Purple Magnolia. I could not help but admire a sleek tree in dense with purple and white flowers. Hubby must have felt the same because I could see him taking pictures of a lone tree in all angles. I was also excited to take pictures of my own. We were like paparazzis chasing this Magnolia tree, all one could hear from us was the click and many clicking sounds of our cameras. Fortunately, I did better than him, lol! That’s why I post my shots, not his. 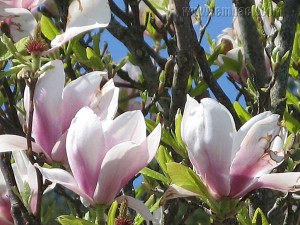 Purple Magnolia of our neighbor 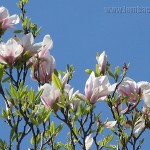 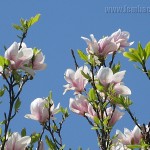 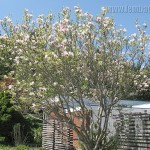 There are different kinds of Magnolia but the one in our neighborhood is called Magnolia Liliiflora or Purple Magnolia or Lily Magnolia. It’s also called Mulan Magnolia, Tulip Magnolia and Woody Orchid. It’s a known early spring flower. It originally blooms in China but later cultivated in other countries in Asia, Europe and North America.