I’ve said it before and I’ll say it again that Paris is our favorite place to travel. It’s the city’s authenticity that’s so captivating that one visit is not enough. The language is so beautiful and romantic in my ears that I wish I learned to speak. L’addition s’il vous plaît. Mercî! Oui. Non. There are some of the words my husband taught me. He knows a little of many different languages. Apart from the Eiffel Tower that many would not want to miss when in Paris, the streets are even worth the walk in all seasons, like the Champs-Élysées. Walking to its barely 2 km long street means seeing the obelisk of Luxor in the east and the Arc de Triomphe in the west. 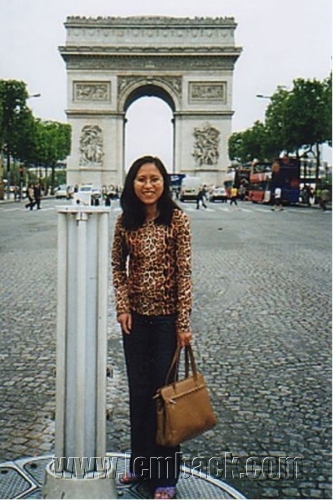 My good old photo on our first travel to Paris in August of 2002, at the Champs-Élysées with the Arc de Triomphe in the background. I just scanned the pic because we didn’t have a digital camera at the time. It was in late summer and I remember it was a bit chilly. 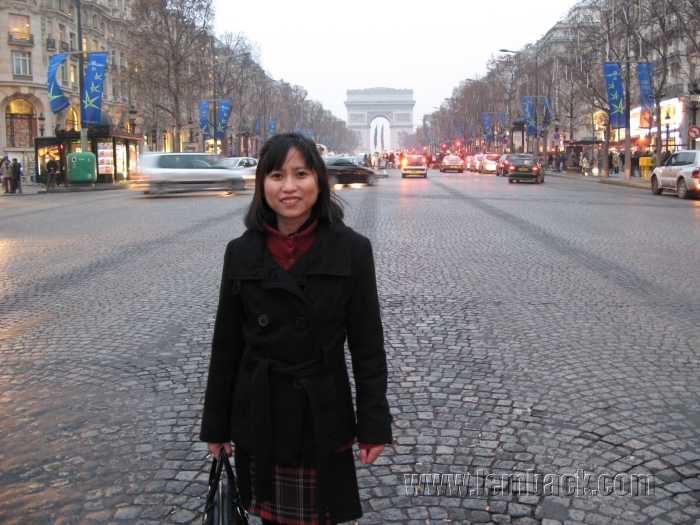 at the Champs-Élysées 4 yrs. ago

Revisiting Paris in the winter of 2008 to spend the New Year (of 2009) was more than exciting. It was cold but it was not snowing. Standing in the street of the Champs-Élysées again made me recall the first time I was there.