Looking at the statue of Joan of Arc was enough to describe the life she lived and the kind of woman she was. A woman who could barely write her name believed that she was hearing God’s voices. Her story struck me in a way that she used her visions to help fight for her land. She was a religious warrior and knight but in the end she was convicted of heresy. Burned at the stake. 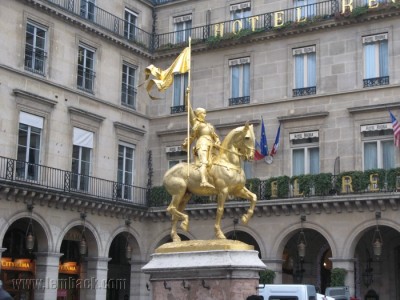 She was declared innocent after the posthumous retrial. She was canonized by Pope Benedict XV on May 16, 1920 and since then became popular as a saint of the Roman Catholic Church. 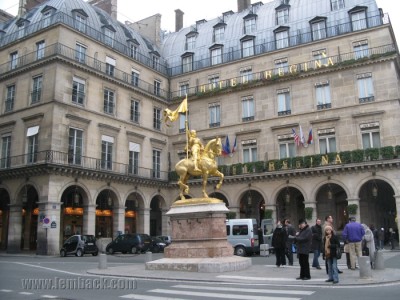 We had the chance to see this golden bronze statue of Joan of Arc (Jeanne d´Arc) at the Rue de Rivoli – Place des Piramides in Paris. It is said that a copy of this statue was given to the city of New Orleans.