The release of the new iPad can’t stop anyone from speculating that the previous ones will be cheaper in no time. Even if the price of the old and new iPad is affordable for most it might cost high for those who want to buy in bulk. Some institutions, like the school, may want to use the iPad or other tablet PC to adapt the latest craze in computing. I know that computer and internet have been widely used as a teaching tool in preschools and schools but the use of iPad is quite too soon to adapt. 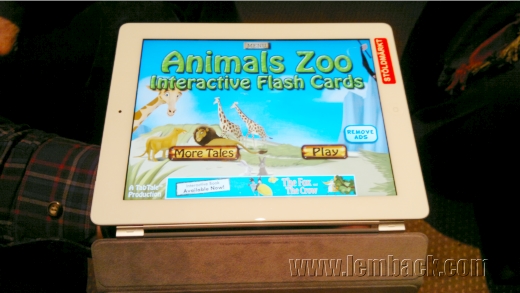 My colleague who is handling preschoolers showed us his new toy he got from one of our headmasters. Not the new iPad but it’s an iPad anyway. When I told it to my group the excitement was apparently hard to contain. Everybody wants this thing and everybody starts complaining that carrying a laptop causes body pains. Unfortunately, it’s only provided to preschools. Since I don’t handle preschoolers I don’t get one of these. But I believe we all get to use the iPad or any tablet PC in the near future.

The presentation of iPad in preschool has, nevertheless, gained criticism. Some educators oppose the early engagement of preschool children to this kind learning tool. They believe that children learn in many other ways than iPad. While others welcome the idea the effect of this method to children could not be determined until later. But educational apps for playing and learning in iPad may probably give positive results. What are your thoughts?