I’ve been sick of colds since the beginning of this month. It’s unusual of me to get sick of colds at this time of year, when the temperature hasn’t even been down to less than 10°C. It’s still warm during the day but the winds and occasional rains are a plague in the morning. I think it’s stress from work that’s causing me to get sick. Anyhow, I went to work yesterday after the two-day sick leave and at lunchtime I found a Thai and Sushi restaurant near the school. I preferred Thai and chose Tom Yam shrimp soup from the menu. 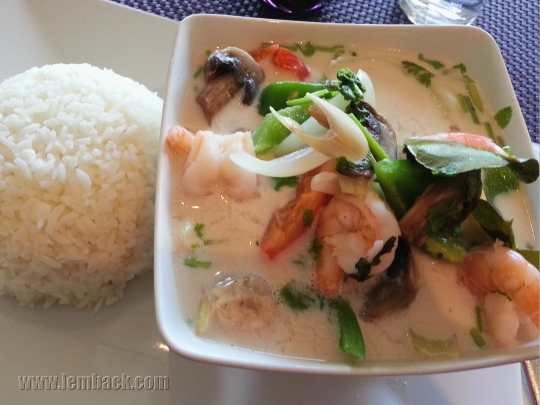 When my I’m eating out with my friends at a Thai resto we usually have Tom Yam for starters. As shown in the image below, it’s a little bowl of soup and a couple of shrimps in it so it’s enough for starters. This one’s much spicy than the one above. I selected the mild spice though, but it was enough to clear my runny nose and stuffy throat. 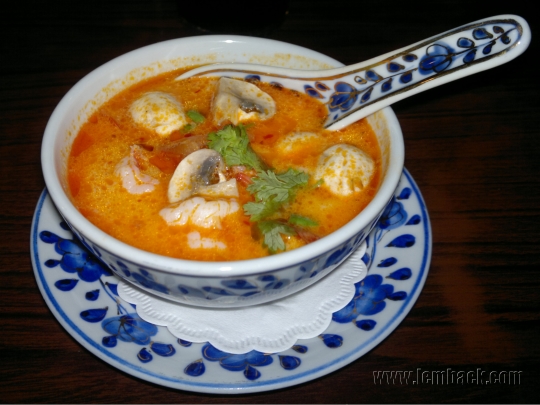 When I catch colds, I crave for spicy soups like this. I bought a Tom Yam paste months ago but I haven’t had the chance to make my own Tom Yam soup. If I had, I know it wouldn’t be as good as those in a restaurant.