To be honest, I hadn’t eaten these small, bite-sized dessert until a few months ago when we entered our room at Sheraton Hotel in Stockholm. I didn’t even know it was called French Macarons. I learned the name on Pinterest when I saw some pinned photos which I thought kind of well-known to me. 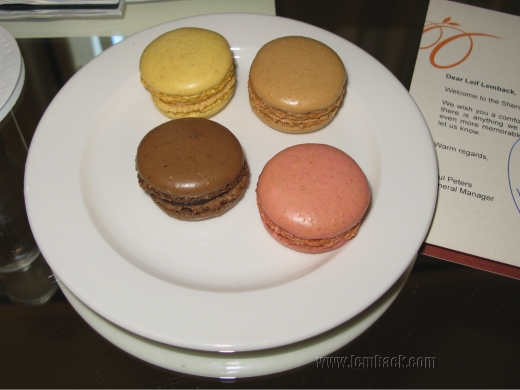 I thought they’re just plain cookies but when I ate one I could tell it tasted like the macaroons that I used know since I could feel some coconut flakes in my mouth. Though when I ate another one it didn’t have the same filling. 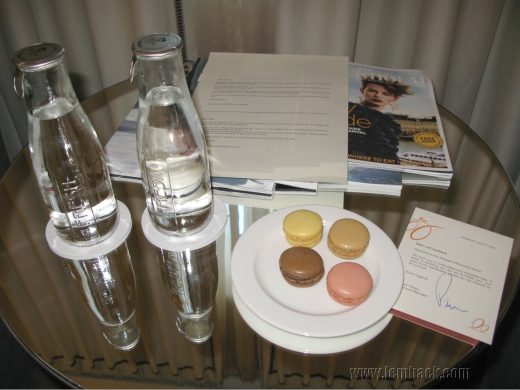 Too bad we only got four pieces. I know how to make macaroons but this one seems not easy to bake. But I want to try this French Macarons recipe I found and see if I can get it as it looks and tastes. As for the difference between macarons and macaroons ask Google. I did (laughs).