While on our way back to Piazza Bra after visiting Casa di Giulietta we happened to come across this river, which I thought it was a canal. Despite the blaze of day no one seemed to be near the river, perhaps had an ice cream or cold drinks with friends. It was surprisingly empty. I always thought city rivers or canals were a good place for sightseeing tours, like the river tours in Berlin and other cities. I didn’t know it was called the Adige River. I tried to find its name in the internet but I could have saved my effort if I asked my hubby instead. He has known it’s called the Adige River.

This river is the second longest river in Italy and it has its source in the Alpine province in South Tyrol. I could have stayed a while here after taking pictures but hubby was in a hurry to go back to Piazza Bra. 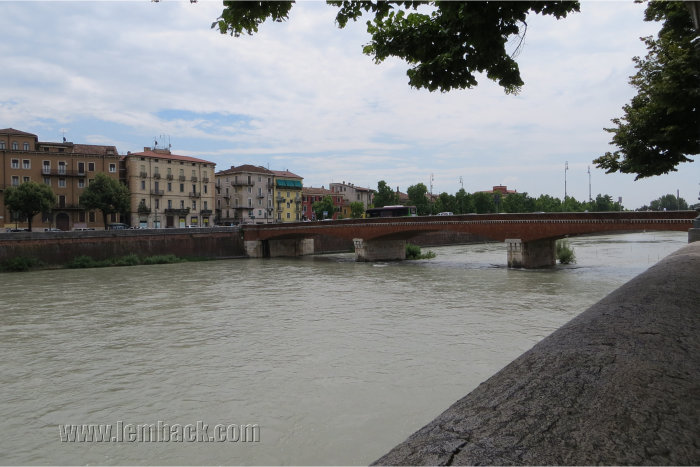 The lovely façade of the structures add more attraction to lure the passersby. There are trees that provide more than enough shade against the rain or blazing sun. I learned that there’s a guided walk tour through the city along the river but it would be nice to be on a sightseeing boat through the Adige River. What do you think?