Imagine an airport without aeroplanes taking-off and landing on the runway and without people rushing to and from the departure and arrival areas. Many cities in Europe have been affected by enormous cancelled flights because of the volcanic ash spreading in the air caused by the eruption of the Icelandic volcano Eyjafjallajökull.  It has been said that volcanic ash would cause damage to the planes.  I watched a documentary film the other night about a British Boeing that lost its four engines and was near to crash before the pilots, after several try, successfully made the engines work again.  It was learned later that the damage was overwhelming and that it was caused by the volcanic ash when it flew over Indonesia.  As precautions, some airports in Europe “closed” the airspace for incoming and outgoing flights and remained so for more than a week.  But a few days ago, the airport here has been back to business despite the continuous outrage of the volcano and warning for more ash in the air.

It seemed not a normal weekday when hubby drove me to work one morning when the roads were not traffic jammed. I had come to realize that maybe a quarter of the city’s population were travellers and that they were causing much traffic on the roads as well as in the air.  Ugh! Life on earth is a traffic either on the land or in the air.  Even though it’s not yet a hundred percent volcanic ash free-airspace the travel and airline companies are persistent to fly to, you know, survive economically.  And maybe my student who was travelling to Egypt with her family would come home now after missing school for two weeks. 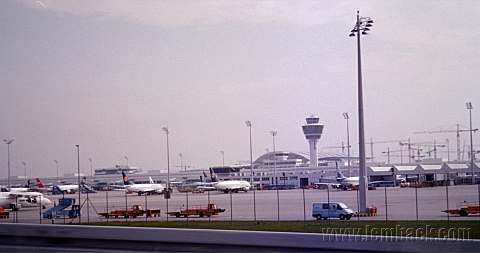 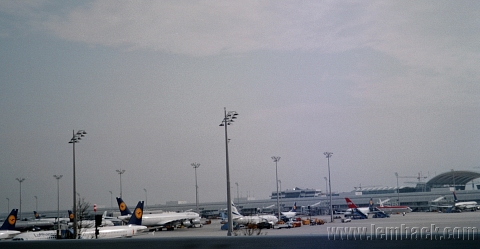 In this situation, it is strange that aeroplanes would depend on clean and clear air to fly considering how much they pollute the air. Rather volcanic ash free than pollution free – air. Hahaa!