Ahuh, who doesn’t want cruising? Of course the seasick, but for those who naturally loves the sea can think of a cruise over the Atlantic or somewhere else. While there are cruiser lines that offer the pleasure of traversing the sea from one place to another, there are those who enjoy travelling the sea in their own yacht. And who owns this mega-yacht that’s been laying up in a dock here? Just a billionaire named Charles Simonyi. If the name rings a bell, then you got it how wealthy he is. If not then you must be familiar with with Word and Excel that he developed while he worked at Microsoft. The rest is history. Now he’s in town for the big event of his life which I will disclose later, or you may just guess. 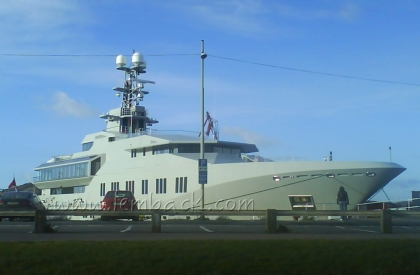 The truth is that Simonyi is marrying a girl who happens to be a daughter of a Swedish millionaire. The wedding ceremony will take place on Saturday. Guess who the bestman is – just Bill Gates!