I have a feeling that I was born on a Friday, and so it was when I queried about an online calendar that traces back which day of the week fell a certain date.  Friday was the day when my parents named me Marlene for some reasons, or it was by chance when they thought that the names of their children should start with letter M.  My mother said my name should have to be Mylene as what they said to the hospital where I was born, but was surprised to see Marlene on the birth certificate.  Since the two names rhyme anyway, she didn’t bother to change but used Mylene as my nickname.  It’s quite confusing cos my elder sister’s name is Marilyn but it actually worked well when we were in school, though some would spell my name as Marlyn.  Think about having Marlene Dietrich and Marilyn Monroe in the family, eh?  Hahaa! I may not have cakes and ice cream to share with you but I have some awards I received from the two valuable blogger-friends that I would like to share instead and perhaps pass on you.  Thanks to Amor and Rozella for these wonderful awards.  You are one of those people who inspire me to blog through all these years. 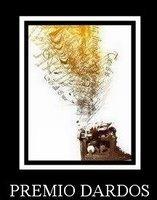 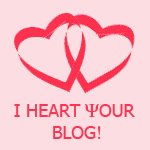 As my colleagues and I used to joke around on birthdays in a strange English, “you are all invited to eat my house, including my family.” 🙂