I have seen some tapas during those times we were in Barcelona but it never occurred to me that it’s something I should try. I did not even know what it’s called then and only when I asked hubby that I learned it’s tapas. The name only becomes interesting to  me when I learned from my Spanish course that “tapear” or to have some tapas before dinner is common in Spain. I realized why tapas was an important local cuisine when hubby and I caught up in some restaurants where the kitchen was closed. Instead we were offered some tapas with our drinks. Mostly, dinner starts at 8:00 or 9:00 P.M. and it’s probably why having tapas is normal. Below are some tapas we tried on our recent road trip through Spain: 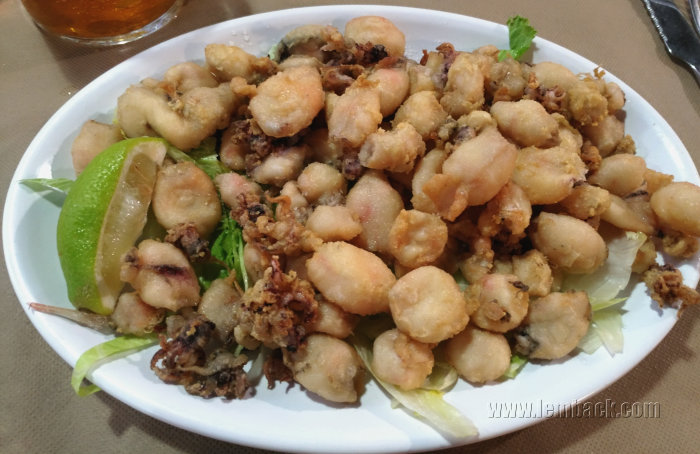 This battered and fried baby squid (chopitos) was delicious but too big a portion to be called tapas I couldn’t eat it up. I had this when we stopped by for lunch in Cartagena. I wasn’t so hungry so I chose this in the menu thinking it was just a small portion. 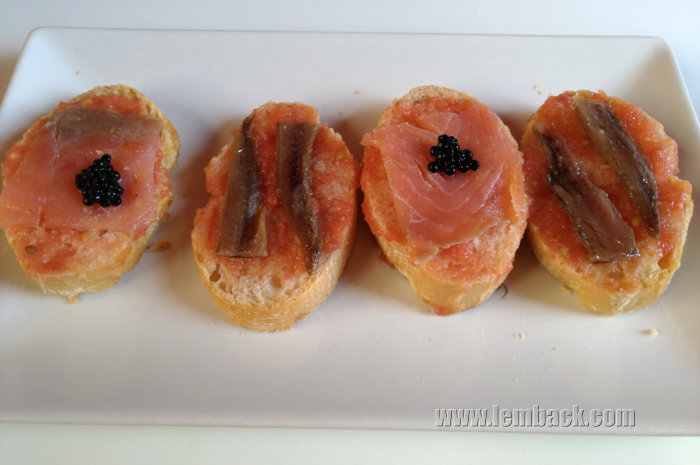 Some kind of bruschettas

This reminded me of Italian bruschetta. We liked it very much and ordered another portion of it. But I preferred the ones topped with anchovies. We had this in Vera while having some really cold beer on a hot summer’s day. 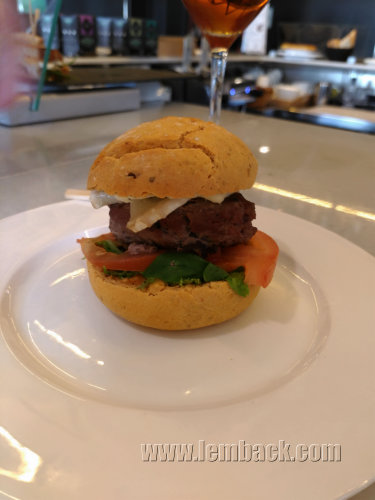 The hotel we stayed in Bilbao does not have a restaurant. Instead, the hotel’s bar offers a variety of tapas. Can you believe a mini hamburger as tapas? Leif had two of this but I tried the one below. 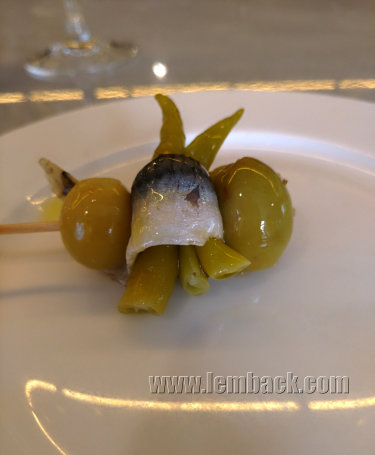 First, I tried the one with anchovies, then this one with a different fish. I liked the salty taste of anchovies though.

Tapas can serve as an appetizer too. But appetizer or snack it’s something one should not miss when visiting Spain.