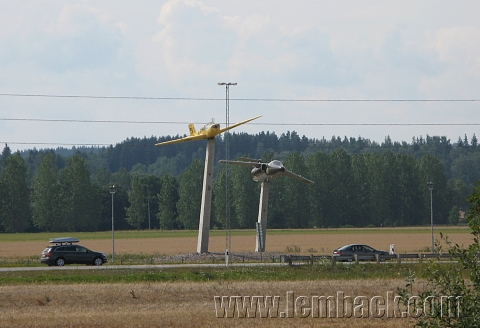 What is really wrong with these planes hanging on poles.  Looked like the aviators had missed the runway and landed on poles.  They must have jumped out of the plane.  I saw these when hubby and I drove to Linköping on the southeast.  They look like mere roadside embellishment and if I was the one driving that day, I’d probably have skidded the car to a stop.  It’s not a normal view to see planes on poles by the road, is it?  While most of the time I see wind turbines when we’re driving on the south, the opposite direction has a different view to offer to passers-by.  Once, I saw a car being lifted too by poles but it’s not unusual because it’s used to display the kind of cars being sold in an automobile shop. 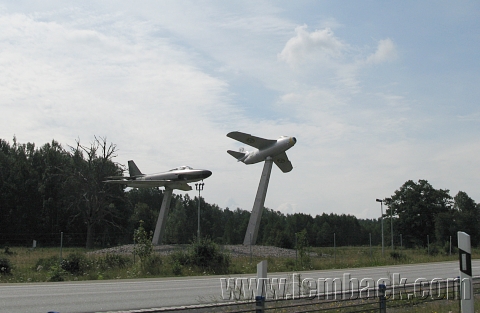 I’ve been pulling your leg up there.  The city of Linköping wants to assert that SAAB’s warplanes manufacture is there, thus, the planes on poles.  It’s a way of showing that they can make those planes fly, and they believe they can.