So this is how Torre Agbar looks by day. It’s absolutely stunning at nights when it illuminates in different colors. When we looked closer it seemed to be a wall of glass windows around the tower. It doesn’t look that beautiful by day as it does in the night but it’s interesting enough to make one want to have a closer look at it. 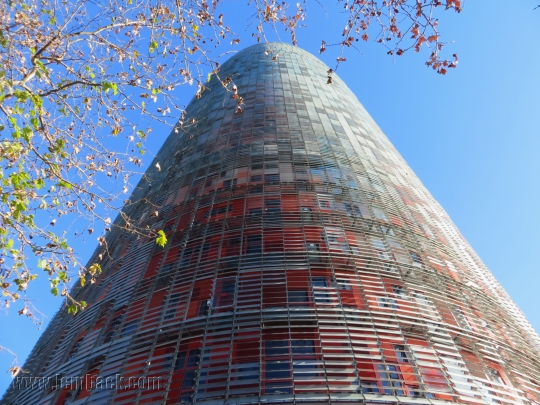 This 38-storey tower is the third tallest building in Barcelona. Those window openings are approximately 4,500 and its 4,500 LED luminous devices create nocturnal illumination. It took nearly 6 years to finish the construction and in 2004 the Agbar Tower stood tall between Avinguda Diagonal and Carrer Badajoz. We first came to Barcelona a year before so this explains why we didn’t see it then. 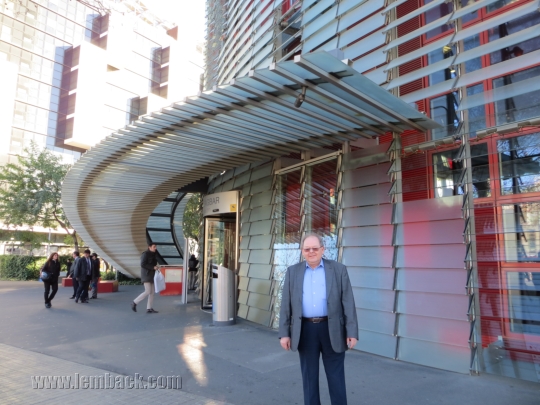 The Torre Agbar in the background is just so huge to get in the picture but you can see the facade of what it seems to be windows. Some were closed, some were opened. 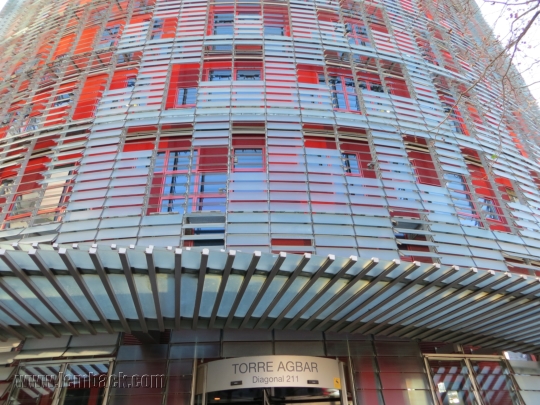 The Torre Agbar became an architectural icon of Barcelona. It also has become the venue for welcoming the New Year thanks to its special lighting system capabilities. Like I said before, we missed the event because we could not find any available hotel room in the city when we were on a roadtrip. Anyhow, seeing it by day and by night was a compelling travel experience.