Who? Me? Not a chance.  But I welcome any millionaire who would hand me a cheque now, lol!  It just happened that I am watching a British reality show called, The Secret Millionaire. I don’t watch this show regularly and this is only my second time to watch it incidentally.  I can’t help but to be fascinated by how the real millionaires get to try a life different from what they are accustomed to.  They would leave their homes and live in a rather destitute environment.  They pretend to be new employee or something and they would do things as other workers do.  Imagine a millionaire cleaning a toilet, washing the dishes and even doing the laundry.  These things they otherwise haven’t done in their entire life.  After a couple of weeks, they would reveal their true identity and perhaps the main goal of the show is when the millionaires share a portion of their fortune to the group or individual they have worked with.  I sobbed the last time when a home for the aged that was about to shut down due to lack of budget has been saved through the help of the millionaire.

And tonight’s show is kind of dramatic.  A millionaire went to Glasgow to help some groups or individuals who have been active in different lines of activity but deprived of financial resource.  He, the millionaire, pretended to be just one of them.  He became friends to everybody and they were nice to him.  He helped a blind man who takes care of seeing eye dogs, a woman with a riding school for disabled children and a group of old folk’s home.  The first reaction when he said that he is a millionaire was “are you kidding me?” or “you run with me?”  Then came the cheque in £16K, £50K and £20K.  He promised to send them financial aid for five years and visit them as much as he could.  Isn’t it fantastic?

In hindsight, I admire these millionaires’ profound humility and generosity and I am touched by their expression of a different visions in life after the tasks.  Tonight’s millionaire said that he would be back to his normal life but he would be seeing it in another perspective.  His contact to the common people adds an interesting meaning to his life. 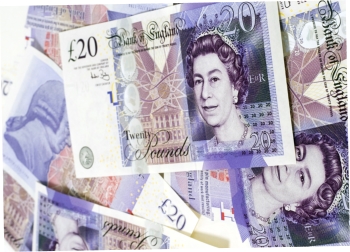