When we drive to the southern part of Europe we usually pass through the Öresunds Bridge if we do not take the ferry from Helsingborg. The Öresunds Bridge is the link between Sweden and Denmark. I remember when it was opened for public traffic in 2000, Leif and I took a little trip to Copenhagen. I had only lived for more than a year here in Sweden at the time so it was kind of nervous excitement for crossing the border without a valid passport. Also, the Schengen Agreement wasn’t implemented until March 2001. And in May 2001 we did our first road trip through Europe.

On our recent long-haul flight we had a chance to see the Öresunds Bridge at low altitude when our plane was entering Sweden from Denmark. It was in a winter so the land was covered with snow and even the bridge appeared to be snowy. Looking at the long white stretch was magnificent. 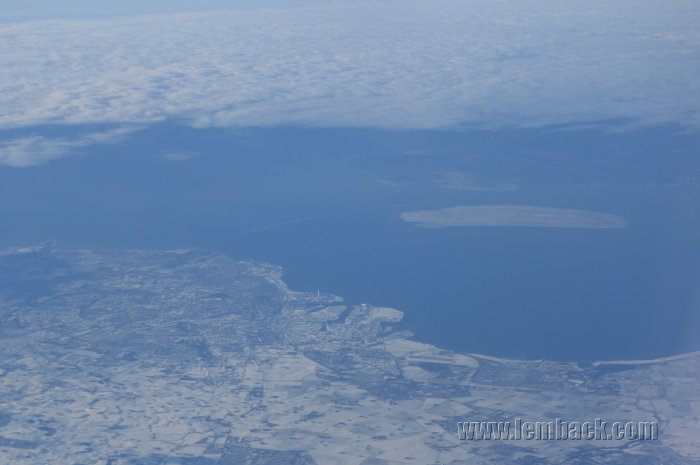 Until it slowly disappeared from our view. Anyhow, the view was still beautiful! 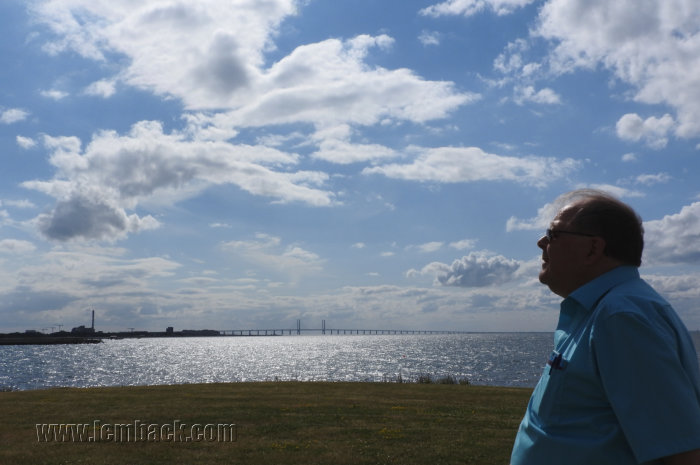 Otherwise we can see the bridge from here. The picture was taken during our summer trip to Malmö last year. From Malmö, Sweden to Copenhagen, Denmark the Öresunds Bridge runs about 8 kilometres long.