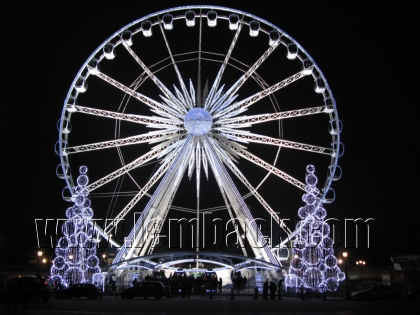 This 195-foot wheel stands over the Place de la Concorde and was built in 2000 for the millenium celebrations. It should have been removed in January of 2002 for reasons that it was erected illegally in the city centre. But the owners fought for it’s existence and stood firm in their claim of pride and status as it became one of Paris’ tourist attractions. Indeed it was and until now it continues to draw people from around the world to see this beautifully lighted wheel.

Personally, I forgot about Eiffel Tower (for a while) when I saw the Paris Wheel. Awesome!