I mentioned in my previous post that we visited an island about a week ago so here’s to tell you something about it. With a company composed of my mother-in-law, brother-in-law and sister-in-law, we traversed the island by a passenger ferry. It took about 35 minutes to reach the island named Donso (Donsö) in Gothenburg’s Southern Archipelago. Hubby and his family had lived on the island for almost 10 years so it was interesting for them to see how it was like then and now. He did not visit the island for 34 years and I could see how glad he was when he saw the house they lived in still standing there. He, his brother and his mother were talking endlessly when they were by the house, trying to reminisce every details of the years they spent on the island. And I was busy taking photos of them and around. The island has about 1400 inhabitants and it’s (almost) car-free streets make it easy and safe to walk through everywhere. Here are some photos I took and I let them tell more of the island. 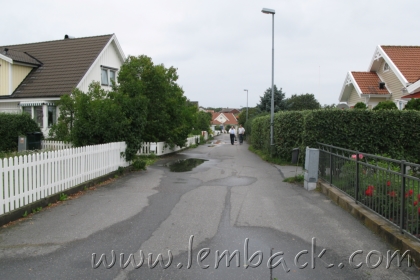 A street at Donsö

This his how the car-free streets look. Hubby and his brother were walking around, looking for some changes that they could think of. The left side of the street was an empty lot but now it’s residential premises. 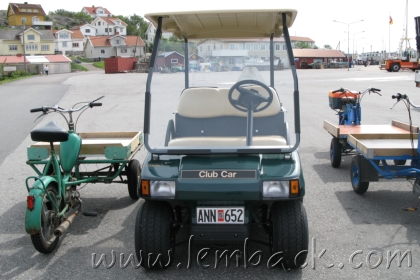 Means of Transport at Donsö

These are the people’s means of transport. No cars allowed on ths island and the residents’ car are actually parked across the ferry harbour. 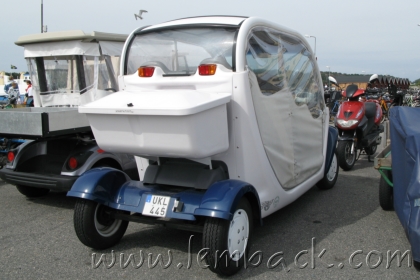 This means of transport reminds me of those small Smart Cars, lol!  It’s a little parking area near the harbour. 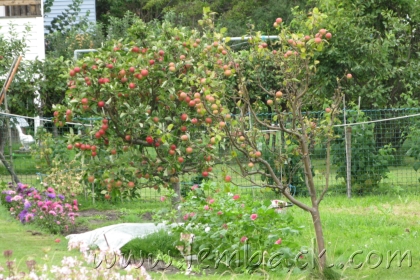 And apple trees everywhere! Just in the wide and greeny yards of some houses grows this short and slender apple tree. Even in the bushes by the yacht harbour, there are apple trees. 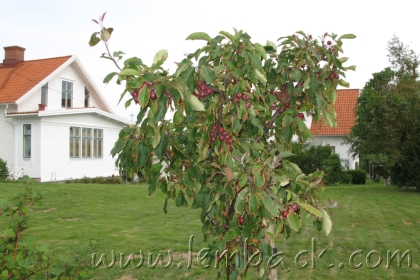 We had no idea what kind of berry tree this is, but it is by the fence and even when we looked nearer, we could not figure out what fruit it is.

It was a wonderful day in a peaceful island. I would not hesitate living in there if given the chance, as long as there’s internet. And as a matter of fact, there is!