It’s quite a worthwhile experience to see how churches were built in the old times. I’m used to seeing Catholic churches in my hometown though I’ve been to churches of different religions, too. Some built simply and some were ornamented beautifully. This little church or commonly called a chapel in Torpa stenhus was built in 1699. It was a bit cold inside though we visited the place in August. 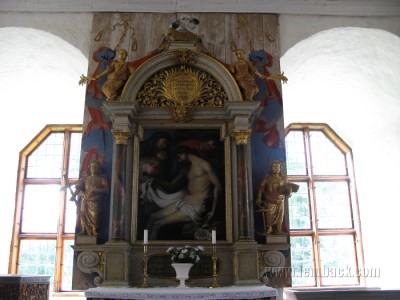 You may tell what you see in the altar. It looks like the statues were made of gold. This color was common in the old churches. 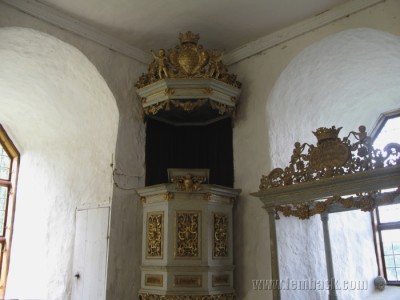 This is the pulpit where the priest used to deliver a sermon. Nowadays, a pulpit is no longer built. A podium by the altar is the normal sight in almost all churches. Even though this chapelwas constructed when Sweden was Catholic and I being Catholic I haven’t seen a pulpit in all the churches I’ve been to in the Philippines. Until now and here.

Have a peaceful Holy Week to you all!