I missed the date when I was supposed to celebrate my 10th anniversary (if I may call it that way) of my arrival here.  But August is not over yet and must be the reason why I suddenly thought about how many years I’ve been living in this country so different from where I came from.  And Ack! I was amazed to learn that I have been living here for ten years. That’s right, it was August 7, 1999 when the plane I boarded on landed at the airport called Landvetter and the day I realized I was thousands of miles away from my family.  Ten years have passed by, unnoticed yet documented in my mind.  The first year was kind of struggle when I studied to learn Swedish the first time.  I felt like a preschooler who’s starting to learn the alphabet.  But it was worth the struggle.  The language is like a key to get into the society and I learnt to live with that.

Times are a changing (so goes the line of a song) and now is different from what I experienced ten years ago.  Every year thereafter was a  treasured memory  concealing the first.  But the first encounter is always the sweetest to recall, no matter how and what it was.  The pictures below were my first blah, blah ten years ago. 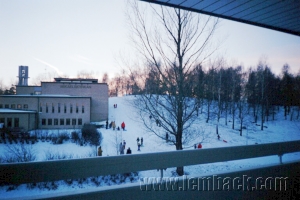 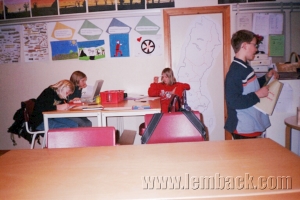 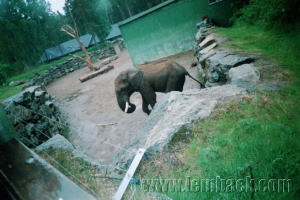 The last one was actually my first visit to a Swedish zoo.  I have never seen an elephant in Davao so that was my first real view of the mammal, lol!.  I can’t recall seeing one in Manila Zoo either.  Anyhow,  life is full of  astounding and surprising encounter but the first could not be put to oblivion, just like all I had ten years ago.