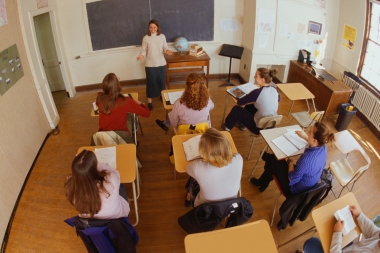 You read it right and you must think it’s a kind of business I venture in this foreign land. But no, I’m a government employee here teaching Filipino to children with Filipino parents, mostly Filipino individuals married to Swedish nationals. Although I used to teach in Davao, I never expected to be teaching in Filipino outside my homeland. The truth is I never expected to land a teaching job here at all because of this language barrier. I’ve learned Swedish the best I could in both speaking and writing but still I can never be like the native speaker of the language. And there would always be prejudices when it comes to foreigners teaching in Swedish schools.

Much to my surprise, the government or rather the National Agency for Education here has stated in the curriculum the importance of mother (tongue) languages of the foreign citizens; hence, teaching in mother tongue in schools. The main purpose of which is to develop children become bilingual or multilingual. While one’s mother language has a vital role to establish and strengthen his identity, not many parents of mixed nationalities have realized this fact. The children would always want to learn the language spoken by his/her foreign mother or father but it’s sometimes late to grant the need. In other scenario, I met some children and students who were born in the Philippines and after two or three years of stay here have totally lost the Filipino language. Sad to say, some parents are not so keen on keeping the language.

The nature of my job is different from that of an ordinary teacher working in a school. As a mother language teacher, I teach from school to school according to locations of every group of students we create. In the morning, I do study help for students who have just arrived here and who have not learned Swedish yet. In the afternoon is the teaching in mother language. I have at least three loads in a day, different schools everyday. This is how tough my job is. It’s what makes me so busy at the start of the schoolyear, making schedules, meet up with school head masters and booking a classroom. I have managed to absorb the nature of this job for three years now. And as a lone teacher in Filipino in the Gothenburg Region, bow to this, haha! Everything was not planned but had just fallen into place.