Believe it or not, this is the first time I have a digital camera that’s hard to get rid of. I used to fancy small digicams but after having problems with the battery-life I have stopped hunting for new ones in the market. This Canon PowerShot G7 is my fourth digicam and it was hubby (as always) who decided to purchase it after checking all the specs and reviews. We’ve had it for about five years now. Although it’s not as slight as the previous ones I had, I love to tuck it in my bag anywhere I go to take pictures. 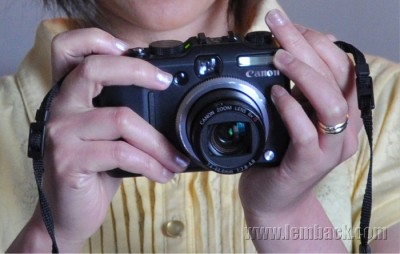 The last time I checked for the latest models of Canon PowerShot it was the G12. It looks a little bigger than G7 and I could imagine how it would be in my hands. I have taken good photos with my 10-megapixel Canon PowerShot G7 and the battery is still working great. I must say it’s the best digital camera I’ve ever owned. As you can see, it doesn’t look like the normal handy and compact digicam but it resembles more of the good old film camera. Even so with that look I don’t want to bargain it with the small ones.