While the rest of the world are suffering from intense heat wave, here is practically rainy and grey. It feels hot and humid though after the rain. Our summer road trip turned out to be brief this time due to unpredictable weather conditions. We drove south a week ago expecting to get the best of the sun. It’s typically warmer in the south so we headed to Helsingborg (Sweden). Hubby lived in this city before so it’s easy for us to go around and find a hotel. He said he would show me the street where he had his flat and the hotel where he worked as a night porter. We usually drive through Helsingborg when we take a road trip to neigboring countries but we have never made a stop to explore the city. And here’s what we discovered recently. 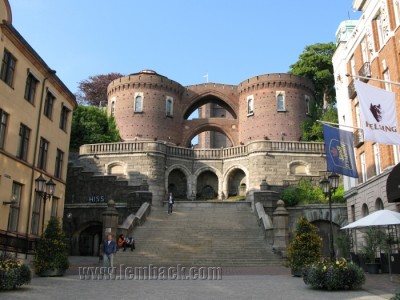 Right at the heart of the city is this fortress leading to the famous Kärnan (The Core), a medieval tower used in the past for controlling entry to the Baltic Sea. Hubby was tired and out after going up 100+ steps and I had no intention to take the stairs down so we took the elevator (hiss). 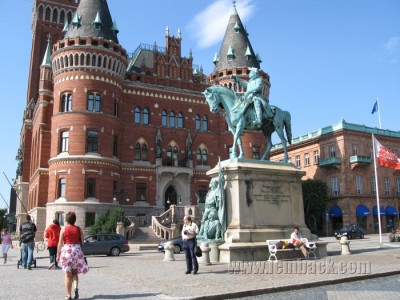 The Helsingborg city hall building is unanimously impressive to me. It looks like a castle in the city centre. It’s close to the Kärnan and across the street is the harbour where ferries to Helsingor (Denmark) dock.  There’s more to show and tell about this beautiful city but in my future posts.