At least it’s what it says in the newspaper after the launching of the new iPhone or the so called iPhone 4. What does 4 represent in the name? It can mean different things. Based on my understanding, it can represent the 4th model of iPhone, thus 4. It can also represent to comply with the fourth generation mobile known as 4G (named after 3G). And last but not the least, it can represent the fourth update of its operating system known as iOS 4. Well, whatever it is, it’s enough to say iPhone and people will definitely create a crowd to have a glimpse of this mobile phenomenon. And perhaps will definitely be zealous to possess one. 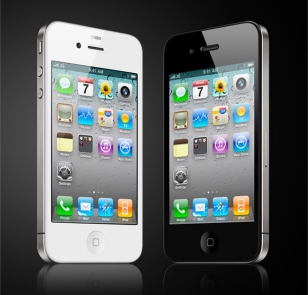 I’ve read in online reviews that quite a number of iPhone 3G S users are complaining about the phone’s poor battery life and camera. But Apple has been listening and therefore making improvements in these areas, and a lot more new features added, too. Unfortunately, some of the new features have already been introduced and used by other mobile competitors so no great deal on this behalf.  But Ibooks and Iads features are worth a peek. Take a look (or read) how iPhone 4 differs from your iPhone 3G S.

1. The design is even more flat and sleek with glass front and back.
2. The screen has a pixel density that is four times as dense as the iPhone 3G,
thanks to Retina display.
3. The A4-chip gives better battery life.
4. Better camera and video capture in HD-quality.
5. The operating system, iOS 4, gives multi-tasking functionality.
6. Video Calling with the tap of the button.
7. Ibooks – buy books from Itunes and read it in pdf-format.
8. Iads helps app-creators earn through this commercial platform.