Taking pictures with a mobile phone or a smartphone is apparently trending in the world of photography. Professional or non-professional photographers can’t deny the fact that they’ve used smartphones in capturing still images whenever there’s a chance. It’s in any way satisfying to be able to take beautiful photos with our smartphones. This doesn’t happen always though. But get to know this smartphone stabilizer and you’ll probably change the way you take photos with your phone. 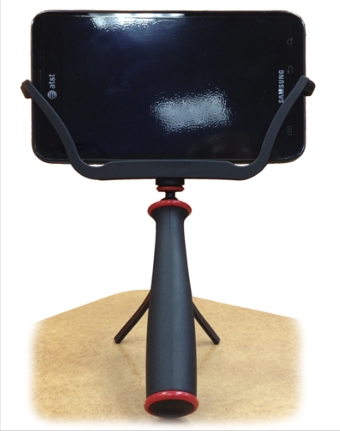 We have camera tripods in different sizes but none of them we can use for our smartphones. We just can’t figure out how. Hubby found this SlingShot when he was surfing the web yesterday. He thought it was something we needed so he showed me. We further found out that it was being presented as a project at Kickstarter. Hubby wanted to support the project so we could own one. I backed a project once on Kickstarter so it wasn’t new to me how to do it. It was only 20 hours left before the project would be closed. Fortunately the creator of this has raised its goal amount. Overwhelming! For backing $24.00 we’ll get our SlingShot shipped by June.

See how this SlingShot stabilizes your smartphone here: Kickstarter – SlingShot