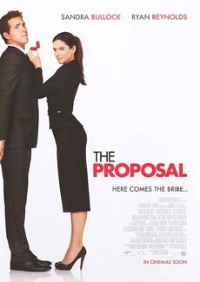 Yes, yes, yes! I do, I do, I do!  I always say “yes” and “I do” when Sandra Bullock comes up with a new film.  Her charisma is irresistible with her cute but sometimes naughty eyes roll on the big screen.  The first movie I saw with her was “While You Were Sleeping” and I became a huge fan after that.  And this latest film of her will surely be added to my collections as soon as it’s out on dvd.  Is it obvious I’m crazy about her?

“The Proposal” had it’s premiere showing here today but as usual, I did not go and watch it.  But I’ve read the critics’ positive review of the film, especially Ryan Reynolds and Sandra Bullock’s chemistry and make this film the best rom-com movie this summer.  In the US alone, it reaped $34.1 million after it’s premiere on 19th June, thus topped as the weekend’s no.1 movie.  Reading this news just makes me more excited to watch the movie but I’m preoccupied with the things to be prepared and done for our vacation.  That’s it.

I wonder how the “make-believe” couple survived their love in the end.  And don’t you ever tell me because I’m going to watch the film myself. 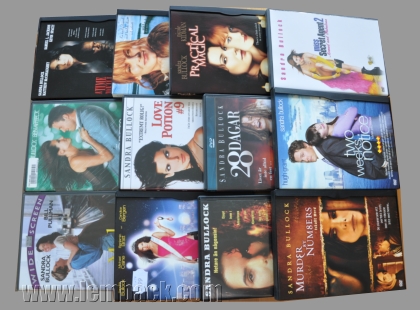 Sandra Bullock's films in my collections

I have 13 films of her in my dvd shelf and counting. 🙂