It’s beautiful to see when every place you see  is covered with snow. It’s clean and fresh, and no rubbish anywhere. But it’s also a problem when the snow stays longer on the ground and doesn’t melt. It becomes ice and makes the road so slippery. Many would trip, tumble or slip on the way to work and schools and cars skid on the road. This is why salt is absolutely necessary when times likes this hit the ground. The salt was spread by this (kind of ) vehicle last week because of the heavy snowfall. 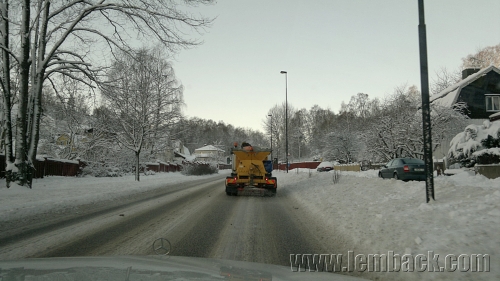 It’s not the kind of salt that we take in our food. Hubby bought a pack of this kind of a salt and spread on our parking space because the car would glide on a snow bank when he tried to park. I saw on the pack the name of the salt – thaw salt. I learned something today when I watched him spread that salt, at least. And the mound of snow melted eventually. 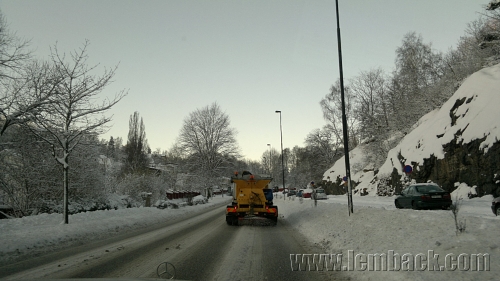 spread the salt on the snowy road

The same goes with the salt that’s spread on the road with this car. It melts the snow eventually and less problem for the cars. However, it makes the car soiled and muddy.