One of the remarkable sights that everyone admires in Sicily is the presence of ancient structures constructed in the early centuries. These are mostly temples belonging to the Greek period in Sicily. Even though some of them have not been reconstructed the ruins proved the greatness of the structure. The Temple of Apollo (Il Tempio di Apollo) in Syracuse, Sicily is just one of the Greek architectures on the island. Seeing the ruins of it was a privileged discovery of a Greek colony. 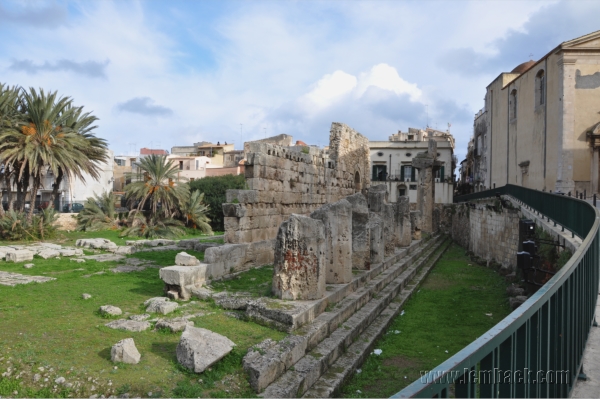 This is the photo we took of the remains of the temple when we were in Sicily. It’s quite hard to believe it’s build in the early sixth century BC but it just showed how strong it was from the start. 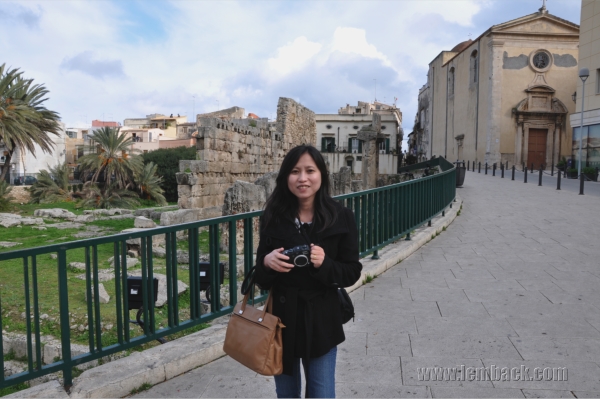 Some of the buildings here in Syracuse look old but impressive because of their relevance to the ancient Greek civilization. I could hardly imagine what the temple looked like but hubby and I contented ourselves with looking on the remains. 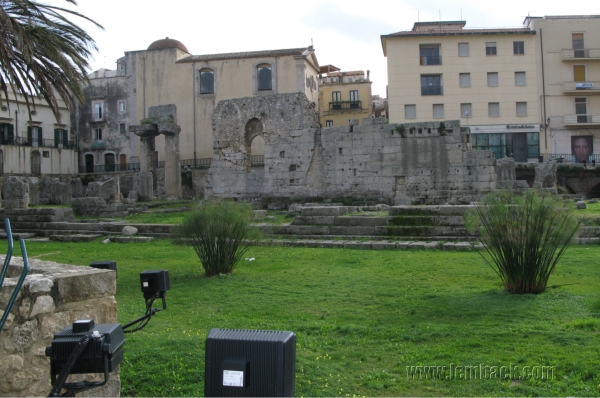 The place where the temple once stood and its remains is apparently lighted at night. But we had to drive back to Catania before dark so we didn’t wait to see how the place looked when it’s lighted. 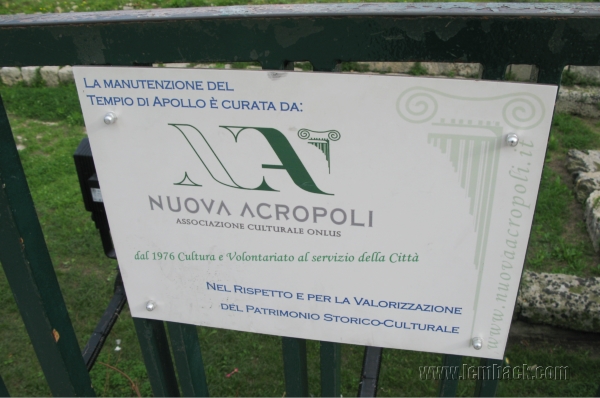 This information board helped us learned that we were standing at the site where the Temple of Apollo in Syracuse once stood and what we were seeing was the ruins of a Greek creation.