Our recent travel was a combination of road trip and flight. It was hubby’s work-related trip to drive a car to Barcelona and I took a 2-day work leave to be his companion. Since it was not a leisure trip we didn’t stay in several cities and hotels like we used to. We made sure that the one who shouldered the expenses wouldn’t be shocked at the enormous bill. Lol!

We left Gothenburg and headed south on Thursday afternoon. From here we normally take the Oresunds Bridge to get to Denmark, though a ferry from Helsingborg is also a good alternative. Driving on the Autobahn in Germany is quite a stress but the one that hubby chosed to take this time was quite traffic-free. In the evening of the same day we reached Dortmund, Germany and decided to stay overnight at Park Inn by Radisson hotel. The next day we skipped breakfast at the hotel and a few minutes before 7:00 a.m. we were back on the road.

Our plan then was to be in France as soon as we could, because from there it would be easy to drive straight to Barcelona. Traversing Germany by car to get to another country takes lengthy hours of drive and many rest-place hopping. After an hour on the road we stopped by a rest place to have breakfast. We learned it’s the Rastplatz Aussichtspunkt Moseltal and it’s undoubtedly the best rest place we’ve ever stopped by. It has a stunning view of a bridge and landscape. We took the chance to enjoy the sight. 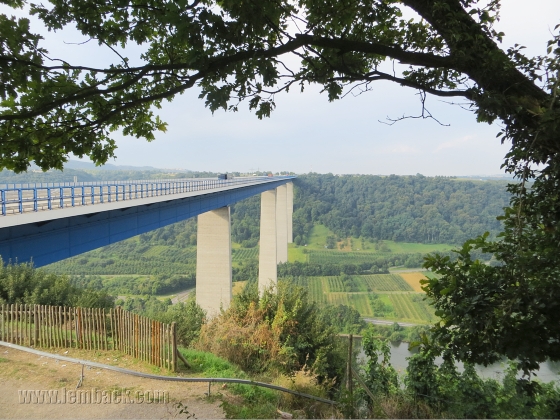 That was not our last stop in Germany though. We needed another stop to have lunch and we found a restaurant in Achern. Luckily, we hit the highway of France in the afternoon. Hubby wanted us to find a hotel in Lyon before dark so that we would have time to see around the city. We found Novotel Lyon Nord but we were tired to see what’s in the city so we took dinner at the hotel.

We had breakfast at the hotel the next morning and we left at around 9:00 a.m. From there we took a road that we haven’t tried before. Hubby wanted to drive through Millau and see Millau Viaduct. But before we reached there we needed stop to grab a bite and we incidentally found the city called Marvejols in the countryside of France. 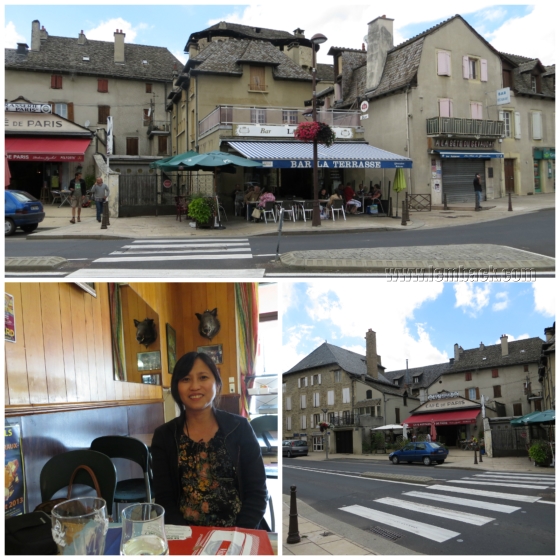 We both liked the laid-back atmosphere of this little town. We even had a hard time communicating with them in English. But one waitress tried her best. After lunch we hit the road again until we reached Millau Viaduct, the tallest bridge in the world located in the south of France. 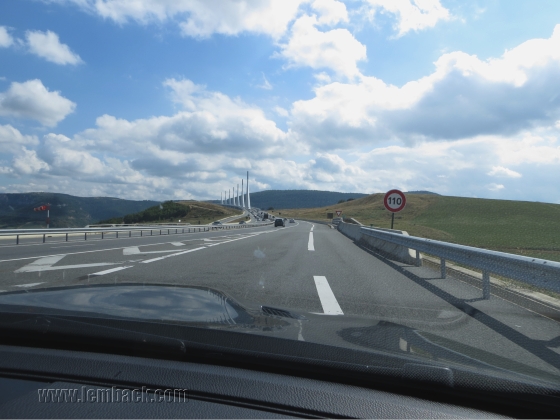 It’s hard to take a photo of the entire bridge so I filmed our way instead. There’s a rest place where one could have a good sight of the bridge but it was crowded and difficult to find a parking space so we left immediately. We drove on the bridge instead and headed to Barcelona.

We were driving on the highway of Spain late afternoon and we reached Barcelona on Saturday evening, just on our third day on the road. We stayed at the Four Points by Sheraton like we did before. We had one day to get around the city once again. We flew back home on Monday afternoon. 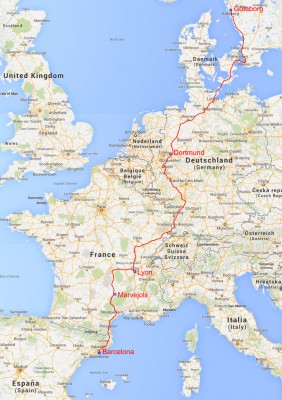 Click the map to see the route – Goteborg to Barcelona.