My summer break has finally started and it’s a pleasure to do things without thinking about work and deadlines to meet. Anyhow, we’ve gone through another schoolyear of failure and success at work but everybody’s happy in the end. We concluded our final gathering on the island called Amundön on Monday. The weather was gloomy at start but it turned out moderate when we headed home. The water was still cold for a swim though. 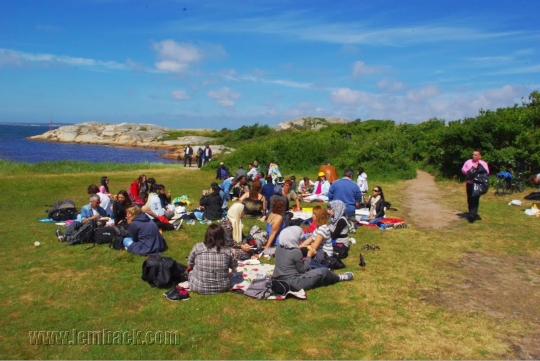 The island is barely 7 km away from where I live but strangely it was my first time to see the place. It’s hardly like a seashore or beach because there’s not enough sand by the water but it’s simply a place for picnic, strolling and swimming. 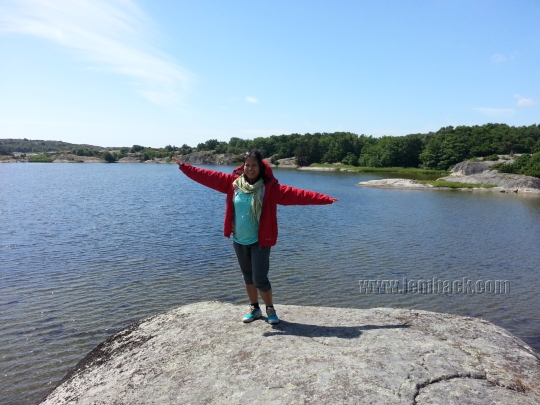 The island is basically a pastureland and rocks with small moors. That’s my colleague on the rock and we both admired the sight of the water behind. It was a tough hike to the top because of the rocks but we enjoyed it. 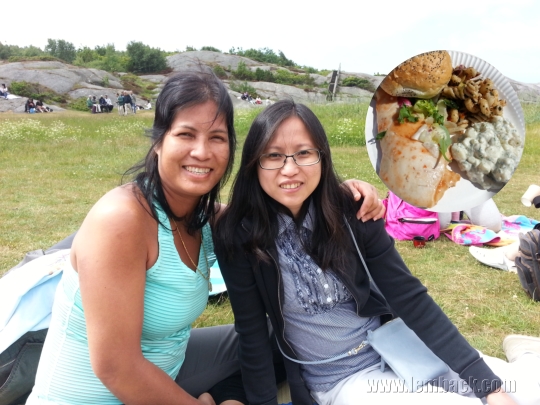 We had a delightful free meal, though we thought it would just be sandwiches and drinks. It’s quite a meal for a short picnic. But maybe we deserved it after a year of hardwork, lol! It was indeed a great day to end our schoolyear of teaching.