After Switzerland we drove to France and by dark we arrived in the city of Nimes. We were so tired but luckily we found a Novotel Hotel right in the city centre. I thought Paris is the only city of lights in France but apparently Nimes’ street lights at the time were as brilliant as in Paris. 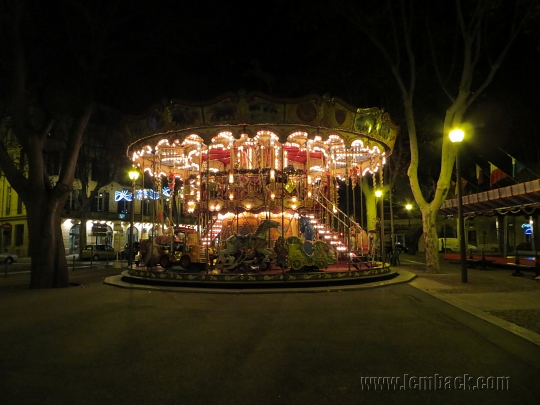 It was the 30th of December and they were like having a carnival when we arrived. But when we went out to find a restaurant the people were gone and all we saw this lighted children ride or something. 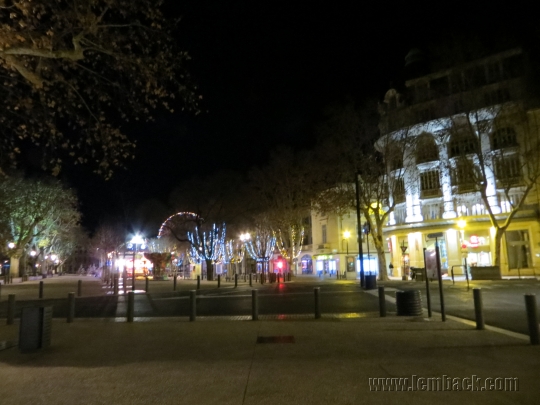 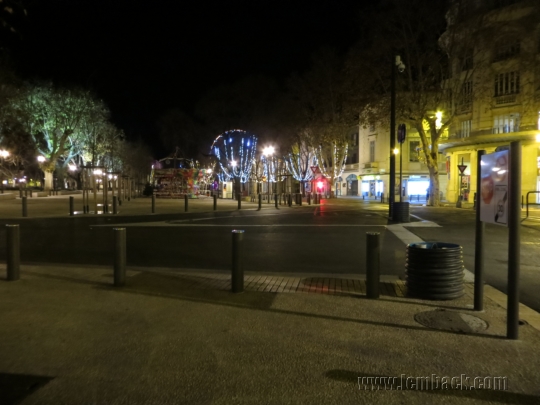 I’ve learned that Nimes is a popular tourist destination because of its history that dates back to the Roman Empire. We missed seeing the ancient architectures in this city. But, perhaps, we can stay longer here some other time.