Summer is supposed to be warm and invigorating from the time you wake up in the morning till the end of night. It doesn’t seem right that a gloomy day appears in summer, just like today. Hubby doesn’t like taking pictures on overcast days but to me it’s a challenge. Sometimes you will get satisfying photos while the clouds appear to be dark and full over an object. 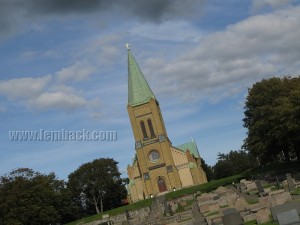 a photo on a gloomy day

Taking a pic of a gloomy place on a gloomy day might just be a mere coincidence. It so happened we passed by this place but stopped for a while and admired the serenity. Somehow, the place and the weather condition played along while we stood as camera men. But we had to left the overwhelming scene before the rain would fall. Gloomy days can, at times, be inspiring.