Driving back home from Spain we took the other side of France like we did years ago on our roadtrip. We thought it would be nice to see Nice again. We did not intend to stay long though. 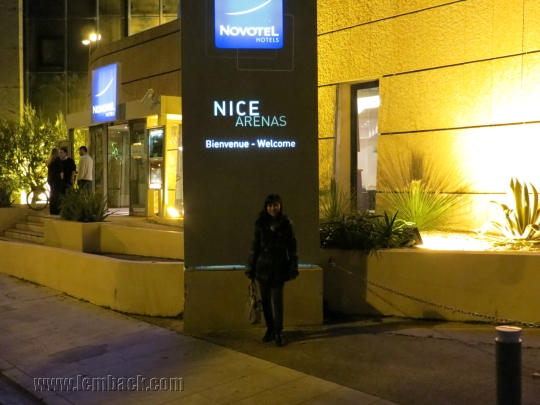 We found the same hotel we stayed in before. I stood on the same spot about ten years ago and it looks exactly the same. 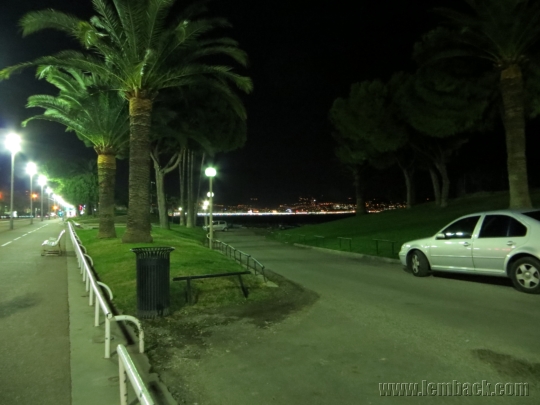 After dinner we took a “promedade” along Promenade des Anglais. Quite a long walk but it was a quiet evening so we were like promenading pleasantly until we reached the coast side. 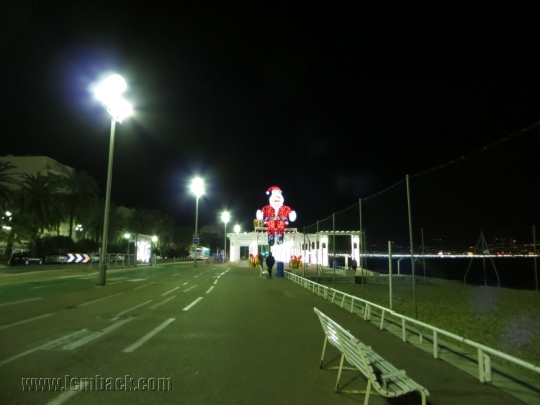 That Santa Claus was still there even after New Year. The other side of the coast is visible from here and it gleamed beautifully in darkness. 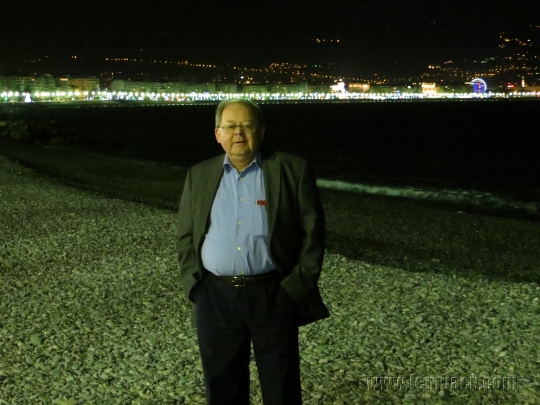 We enjoyed looking at the view of the coast. The panoramic view was absolutely stunning. The image I took was not panoramic though.