Although it doesn’t happen all the time that I have internet disruption, it’s quite intimidating when it happens and the ISP people don’t mind giving information about the disruption ahead of time. I can’t remember when was the last time I experienced being disconnected abruptly but it normally takes a couple of minutes to get it fixed after restarting the modem. A short internet disruption is acceptable though, and as long as it doesn’t happen frequently.

I got a normal connection last night when I left the computer after dropping EC. And when I came back to get online again, about half an hour ago when I left, my internet connection was lost. I restarted the computer where the modem is connected hoping it might help as it did before. But nothing happened so I woke up hubby to let him fix it. I did not restart the modem as I’m afraid I could do something wrong. He restarted the modem and even the router, still no connection. He said the signal from our ISP was off so they might be having problems. He suggested that I should use the mobile broadband instead. 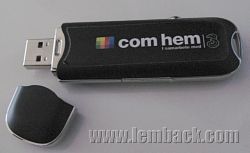 I waited for half an hour and shun using my mobile broadband. I thought the disruption wouldn’t last that long. Talk about people who can’t live without internet nowadays, I am one of them. I was feeling hopeless so I connected with the mobile broadband which I otherwise use only with my netbook outside our home or when we are travelling within the country. The disruption had gotten way too long that it really intimidated me. It was even worse when I checked the ISP’s website and found no information about a drift in our place or something. I got my mobile broadband from the same ISP and luckily enough, while surfing their site, I found out that the price had went down, heaven knows when! I am paying 100sek monthly for 1Gb when it only now costs 69sek/monthly and the new subscription has been added too, which is 10Gb for 149sek monthly. If I were to choose between those two subscriptions if they existed when we purchased it, I should have had the 10Gb. But that would be a heck of a lot of surfing when I have not actually consumed 1Gb of surfing in a month. Now I know that mobile broadband is as good as backup internet connection at home too, when my ISP causes problems.