Visiting Pisa was one of the many unplanned road trip itineraries we have done. I had always wanted to see the Leaning Tower of Pisa but the thought just slipped my mind after having visited many places. I thought the imminent tower had lost its popularity over the years since I hadn’t heard of it. When, during our recent road trip, my husband asked me if I was a Catholic though I knew he was joking since he’s known I’ve been a Catholic, he said I should see the Leaning Tower of Pisa then. I didn’t get what he meant by that but my dream of seeing the tower had come alive again. It’s one of the cities in Tuscany we drove to on the said road trip. 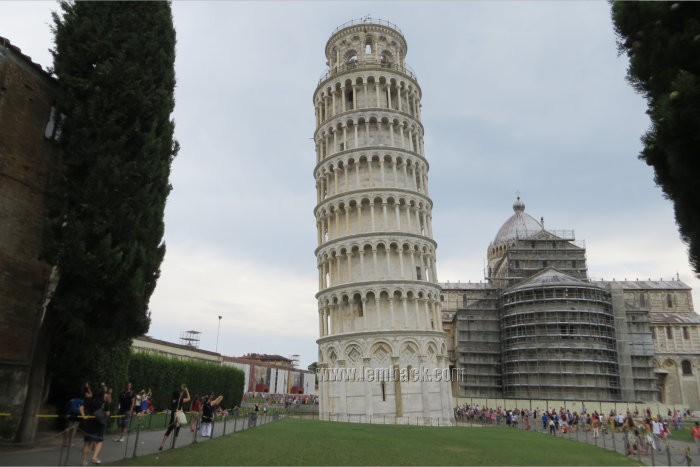 There are a lot of remarkable church architectures to see in Pisa but like we did, people visiting the city would probably head right away to see the Leaning Tower. I could understand now why. It’s amazing before our eyes! Even it it’s not leaning I believe it would still be an attraction because of its richly decorated arcade. 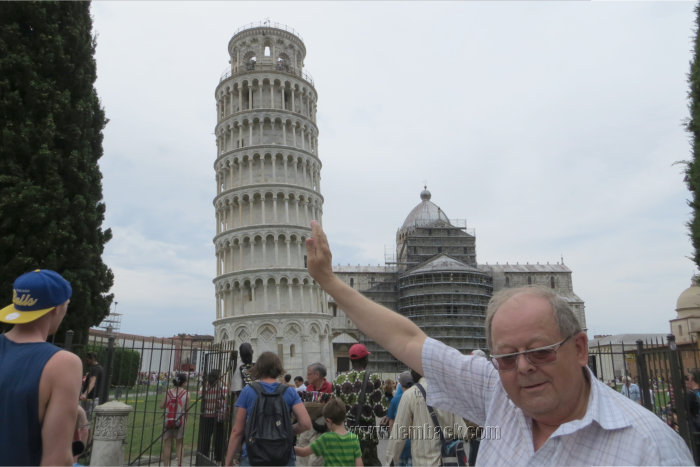 Honestly, we have not taken any cliché photos on our travels but this time. It just got in our minds to do this kind of hilarious photographing. Perhaps it’s because we saw a lot of tourists here doing it. Here’s my first clichéd photo of the tower with hubby pretending to be pushing it further to where it tilts. If you think it’s not properly taken it’s because it’s my first attempt. And I think I will never be good at it. 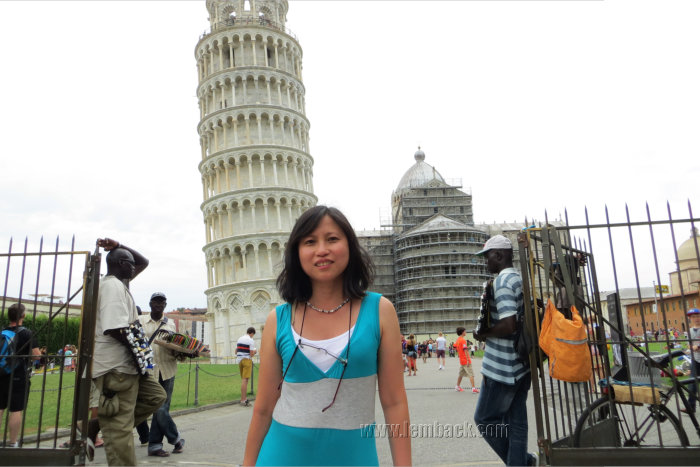 Hubby took some clichéd photos, too, but I guess I did better than him. Lol! We tried to stand farther to get the whole tower in the picture but it’s not easy to find a right spot. 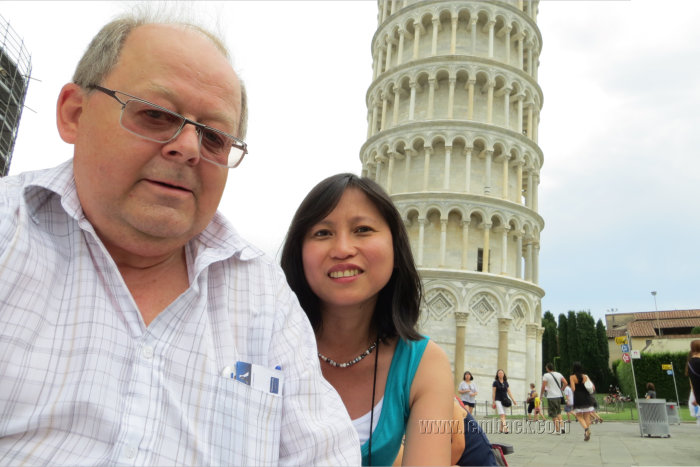 Even our selfie looked so close to the tower, yet I guess we managed to get the right angle of it. And other people would always be in our pictures wherever we shoot.

I was trying to pose for cliché photos but my photographer ignored me and instead he took photos of some people struggling to take clichéd photos of their own. 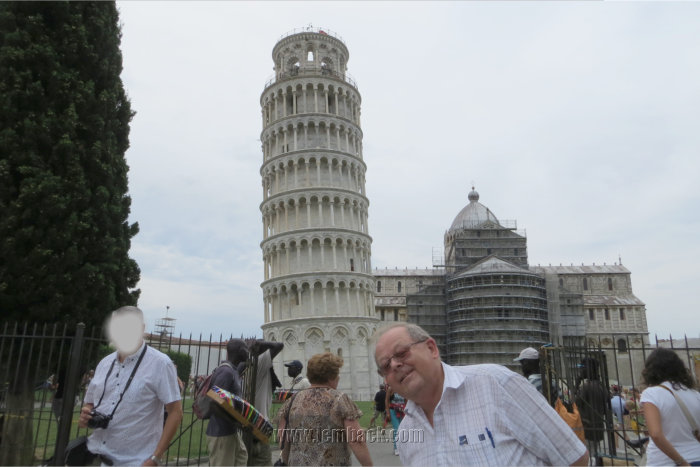 Leaning his head on the Leaning Tower? And because we got tired of making that hilarious high-five push pose, hubby made it more hilarious by poking his head at the tower. That’s it!