The Sagrada Familia must be one the places that Catholic devotees visit during Holy Week. It’s a great structure and magnificent. Even though the church’s construction started in 1882 it’s still incomplete. It, however, became one of UNESCO’s World Heritage Sites. I found out that Pope Benedict VI consecrated and proclaimed the church a minor basilica in 2010. 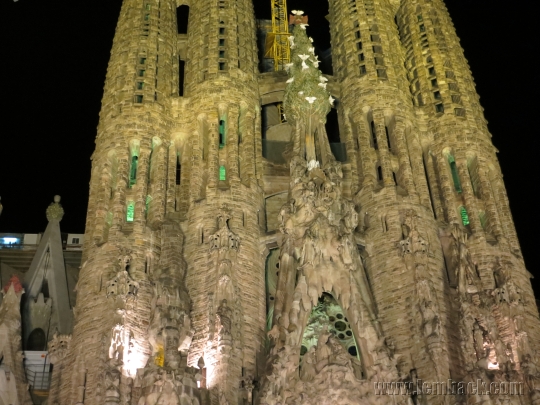 We tried to take a closer shoot of the huge church to see details of the stucture. It’s impressive. 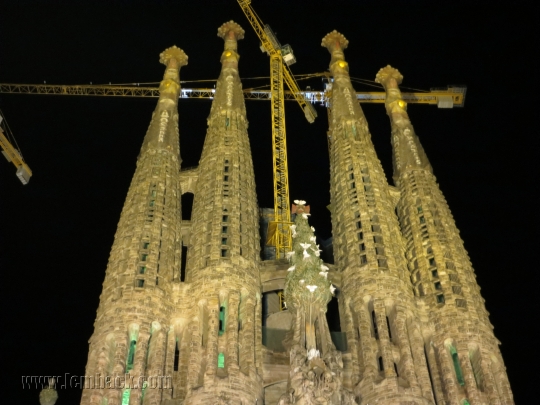 But the cranes somehow has ruined and will ruin everyone’s image of La Sagrada Familia. 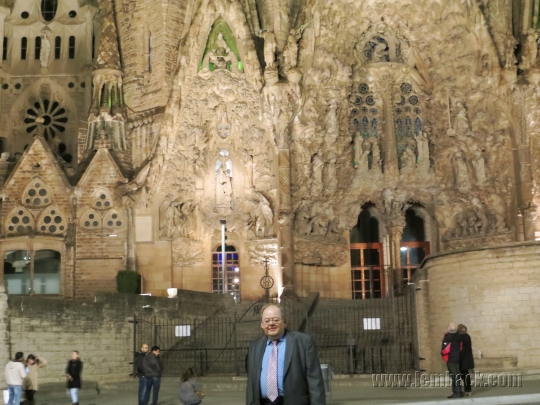 Quite hard to take a picture with the whole church in the background. Hubby appeared so small and others, too. I would look so tiny if I was in the picture. Lol!