I was on the bus when I turned on my mobile’s radio and it was just in time for news broadcasting. Then I heard that Barack Obama won the election with a heaping 62 million votes and said it never happened in the US election that a political candidate reached that enormous number of votes. Barack Obama has won the hearts of America with his famous slogan, Yes, we can!

When I came home, I rushed to my news site and there I saw the video where Obama had delivered his speech as the winner and as the new President of America.  It was kind of emotional when some people couldn’t help but weep while listening to Barack.  It was definitely a weep for joy.  If only Martin Luther King were alive today, he would say that his dreams had come true in the person of Barack Obama.  His one dream – to live in a nation where they will not be judged by the color of their skin but by the content of their character – has now a living evidence in the victory of Barack Obama.

I have watched films where colored skin actor like Morgan Freeman played the role as the President.  Now is not a film but a reality and a history for the United States of America to have Barack Obama as President.  And the world will never forget this day. 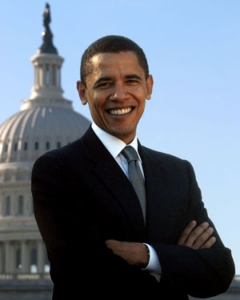