Carlstens Fästning (Carlsten Fortress) – This 17th-century fortress is located high up on the island of Marstrand. It’s one of Sweden’s centuries old fortresses that become tourist attractions. Carlsten Fortress was once a military and prison facility built to safeguard Marstrand, which was an essential free port (trading zone) before.

I had the opportunity to learn the history of Carlsten Fortress when the whole staff at work were treated with a guided tour through the fortress. Hearing the story was both interesting and scary. The fortress is impressive in its sense though the thick walls and small windows are rather chilling. This is how the fortress looks on one side. It’s quite high to walk through and the huge structure is interesting enough to make one curious about what’s inside or how it looks inside. We trod the elevated way towards the entrance to the fortress. There are more stairs and elevated pathways inside. For guided tour and entrance fees, you may check here: Carlsten Fortress open hours and fees 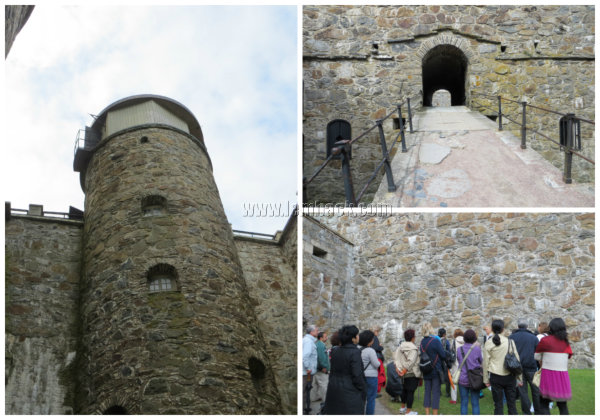 We were all ears to hear the story of the guide. I particularly noticed the stable concrete walls and according to its history, the prisoners were part of the workforce to drag the stones used to build the fortress. Perhaps the most hilarious story was about a prisoner named Lasse-Maja, the famous thief who was imprisoned at the fortress for 26 years. He was popular because of he’d disguise himself as a woman and avoided captivity in this manner. He was caught though. But because of his disguise as a woman he learned to cook and served his sentence as a cook instead. 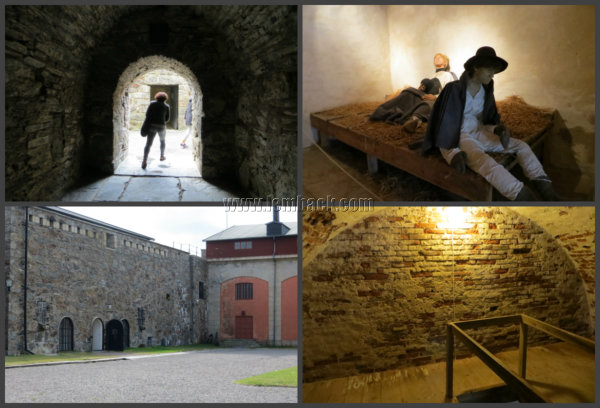 The guide led us to three isolation cells but I was scared to even take a peek on. She told us that each prison in the cell was isolated for three years (if I remember it right). Two did not make it and died before their release. One survived the isolation but went totally insane. I didn’t take pictures of the cells. 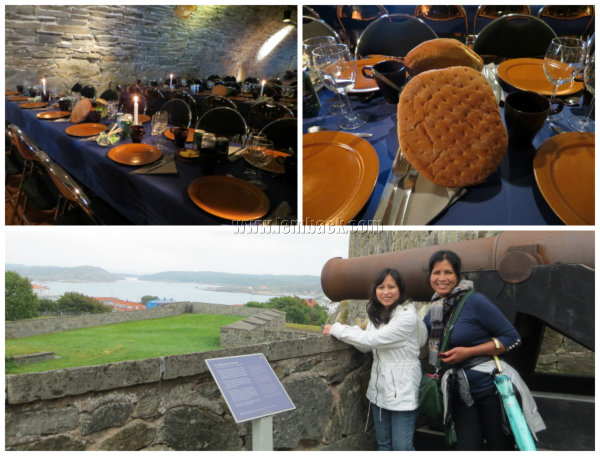 The tour ended with a lunch at the fortress’ restaurant. I wanted to post that bread on my FB profile but there wasn’t any mobile phone signal. The thick walls must have prevented it to get through. There are also conference rooms and entertainment halls in the fortress. And if anyone wants to stay for a couple of days there’s a hotel called Soldathotellet on the fortress’ ground, too.

I don’t know how high we were up there but we had a nice view of the side of Marstrand. I would recommend you visit Carlsten Fortress when you’re in Gothenburg, SE. It only takes a bus ride to get to the island.