I was stunned when I saw a video of Mount Etna when it spewed lava the other day. It happened exactly a week ago when we left Catania and while we were on our way to the airport, we caught a glimpse of Mount Etna which was visible from the road. This eruption might no longer be a shock to the world as this volcano has had major and minor eruptions in the past years, the most recent being in 2008. Not only that, it also spews lava a couple of periods in a year. I’m not surprised cos hubby said that Mount Etna is the largest and most active volcano in Europe. An employee of the hotel told us that when it erupted once, he had to stop driving and go off the car because it was beautiful to see the lava spewed in the air. He sounded like he’s used to it. We could have seen it too, had it erupted when we were there. Hahaa! 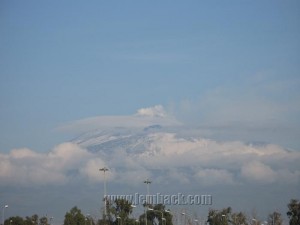 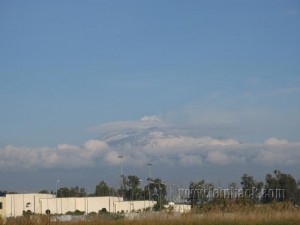 catching a glimpse of Mount Etna

But what we saw was the top of Mount Etna from a distance and at that time when we left Catania, it was covered with snow. It was chilly but sunny that day though. 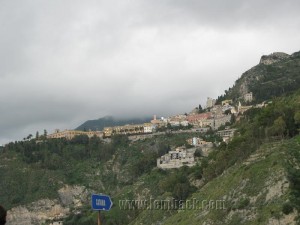 Mount Etna in the background

Part of Mount Etna was also visible from the road when we drove to Taormina. But one can catch a good glimpse of the volcano when driving in Catania and Messina.