It’s our third day in this full of history city, yet we can’t decide when to leave. There are a lot more to see so we extended our supposed to be two days stay. We arrived here on Monday afternoon and have been staying in a hotel with 24-hour broadband internet connection free but charge included in the category of room we incidentally booked. The rates is highly reasonable to be in the vicinity of all city attractions.

Anyway, who wouldn’t remember the history of this city. The tourists who flock here would probably see how it was divided before and how it looked in the West and East sides of the city. The history that I learned in school and almost forgotten so to say has been recalled in the actual places and scenes. 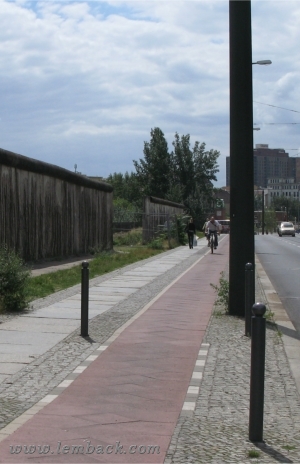 This is what’s left of the Berlin Wall after it finally torn down in 1989. Built in 1961, it separated East from West. We were standing on the west side so the innerside of that wall belonged to the east.

The Brandenburg Gate is one of the main symbols of Berlin. It is known as the symbol of division and unity. This gate has been the center for historical and political events in Berlin. 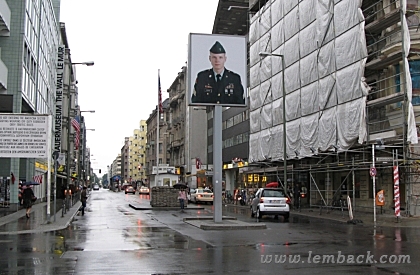 The Checkpoint Charlie was the western allies referring to American, British and French forces stationed in West Berlin. It was a crossing point between East and West Berlin, but now a tourist attraction.