To see the place where Shakespeare’s Romeo and Juliet played for the first time was the reason why my husband took me to Verona. He had been to Verona in his younger years and finding Juliet’s House or Casa di Giulietta again was not an easy task. We walked from Piazza Bra not knowing if we were heading the right direction. Not until we saw a large crowd staring at something did we realize we were getting near the house. The name, Casa di Giulietta, not big enough to see on the wall of a building was right before our eyes. If you look for the name, Juliet’s House, you’ll probably lost. It wasn’t the best of days when we visit the house because it was summer and crowded. And taking photos was almost impossible without others getting in the way. 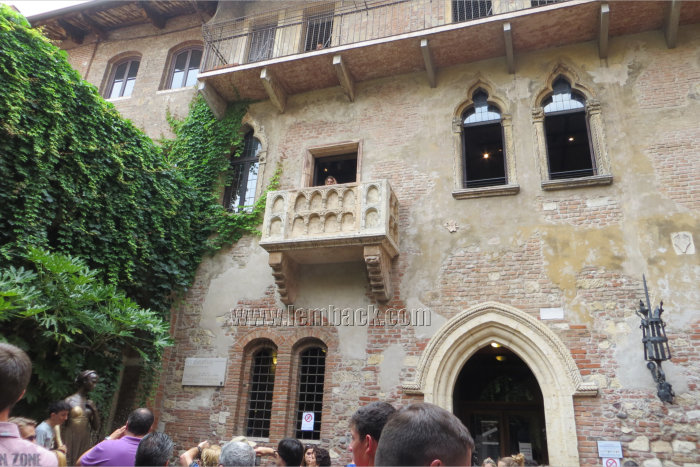 What was worth seeing was the balcony where Juliet stood when Romeo expressed his love to her in the courtyard. Unfortunately, I did not get inside the house because of the crowd. Hubby could have taken a pic of me in the balcony from the courtyard and I would probably be in every stranger’s photo. Like that woman who’s about to stand in the balcony. But I took a snapshot before she showed up.

Luckily here no one’s in the balcony but we could not be in a selfie all by ourselves because the courtyard was crammed with a horde of visitors. Nudging elbows was a common incident but who would care. Everybody’s busy. 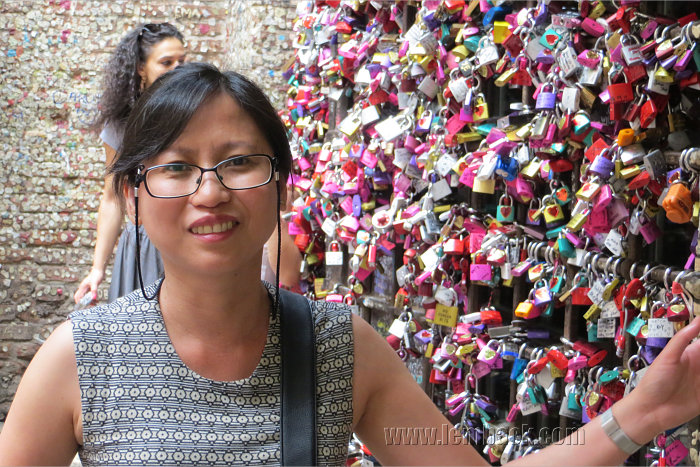 Even here I could not be in a photo without somebody in the background. The padlocks! I don’t know what they signify but it seemed to me it’s about locking one’s love to someone or lovers who want to lock their love to eternity. And I am already locked to someone so I didn’t bother to hang any. 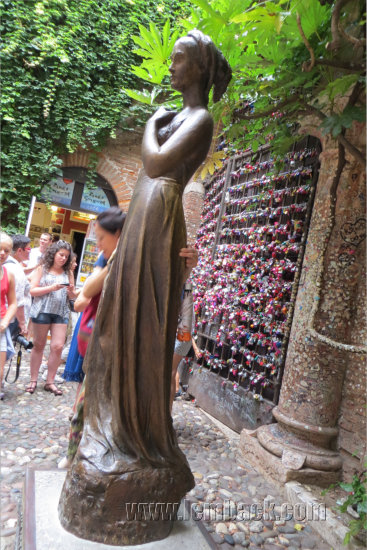 Many would want to have a pic with Juliet’s statue in the courtyard. I learned that touching her breast brings good luck in love. Interesting. That woman at the side tried so hard though.

Our day at Juliet’s House was indeed meaningful because we finally got there after a failed attempt some years ago. It would not be fitting if I’d say I recommend the place since anyone visiting Verona will definitely see Juliet’s House.