Italy has always been known for its pasta dishes and with its origin in Sicily no doubt the Sicilians (aka Italians) can do better with pasta in the kitchen. And thus far, the best pasta dish that hubby and I had eaten was in Catania, Sicily. Not only are they good at pasta dishes but they can also make nice fish dishes. Wherever we went for a food trip in Sicily we’re pampered and satisfied. This is the best pasta dish that we’ve tried so far. The garnishings make it more appealing and oh, the taste! Hubby and I were all mum but enjoying every moment eating this. And when we’re done, that’s it, we said the word “best”. By the way, we learned that they make pasta dish in restaurants as starters. And that’s the one we had. 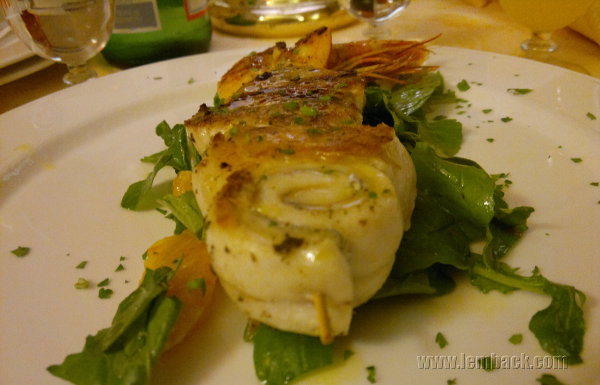 And for our main dish we’d go for a fish or steak. We had this fish dish after that delightful pasta starters. I didn’t notice right away that we’d been eating the main dish without something on the side like rice or potatoes. There was nothing in the menu otherwise. But that’s how it goes there and we’re beginning to like it. 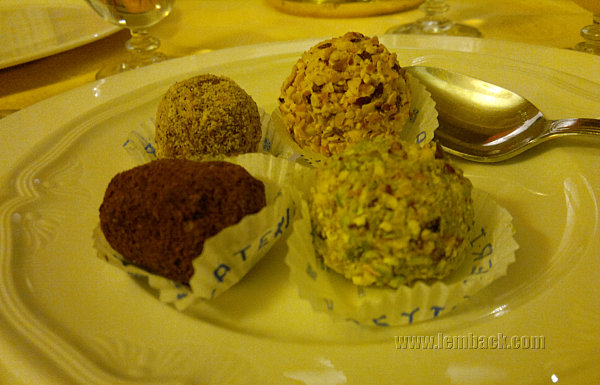 I believe you know that ice cream is gelato in Italian but there’s something with their gelato that makes it different from ice cream. And look how they made these gelato balls! Another first we had for our dessert. Oh, how I love that Pistachio-coated one.

Since we were tired after going around the city we preferred to have dinner at the hotel‘s restaurant. We did realize when we got home that we spent much time eating at that restaurant so it’s like dining the Sicilian way during the entire trip. And we miss it.