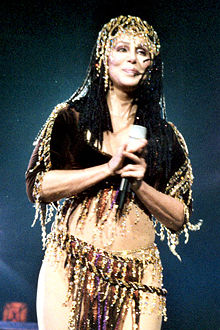 This Shoop-Shoop Song of Cher just comes into my mind all the time and I’m very glad to know that she’s occupying the Caesar’s Palace in Las Vegas (replacing Celine Dion) very soon. Cher has been one of my favorite artists and I always admire her energy and glamour on stage. Her “Living Proof: The Farewell Tour” concert that ended in 2005 proved that she was indeed an enduring pop icon, the fact that she was in her mid 50’s at that time. She has released 25 albums during her reign as a recording artist. Aside from being a recording star, she also indulged herself into acting and won the Academy Awards for her role in the movie Moonstruck.

Cher’s concert at the Colosseum at Caesars Palace in Las Vegas will debut on May 6, 2008 and initially run for a month. She will perform 4 shows per week. Cher tickets Las Vegas are now available for early birds who wouldn’t want to miss a concert like this. Who wouldn’t want to see this 61 year-old, award winning, performer on stage again. She is back and she is determined to give her fans the best concert experience ever!