International artists, Nelly Furtado and B.o.B, together with the local artists, Loreen and Tove Styrke performed at the MTV World Stage in Gothenburg yesterday. The timing was just perfect knowing that we haven’t been so blessed with warm summer days but yesterday was more than enough to spend the night in a concert. Believe or not, it wouldn’t be so enjoyable if it happened today – back to rainy and gloomy.

I’ve waited for this since I read about it in a newspaper a couple of months ago and I was glad that my colleagues would want to see the show, too. Knowing that a free concert like this would be jampacked we decided to come early so that we could find a better spot to view the stage. The show started at 7:30 p.m. and we were there two hours before that time. 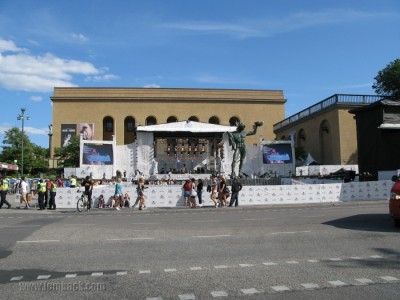 This is Götaplatsen, the venue of the concert where the Poseidon statue is standing. We were obviously early and this is how the scene looked like before the crowd started to fill in the empty roads. We didn’t see when they closed the roads since we found a good spot behind Poseidon. 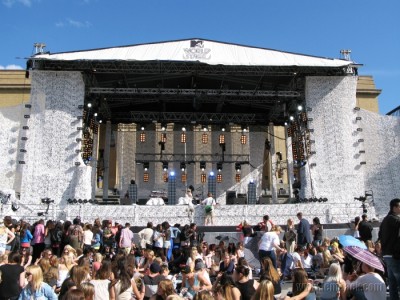 The early birds in front of the platform braved the heat all day. Who wouldn’t want to get closer to the stars? I thought we were early enough but these people probably had breakfast or lunch in there.

I wrote about Loreen before, the Eurovision Song Contest winner with her song, Euphoria. It was a privilege to see her singing live at the MTV World Stage. She’s as brilliant as she was in the ESC. The crowd cheered and chanted when she sang her popular songs. I wouldn’t be surprised if one day she’d be an international artist. 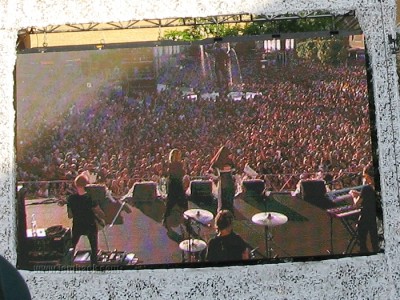 We were amazed to see how the crowd grew thicker when it was shown in the screen. We had no idea when the people started to gather that big. It explained the loud cheers and chants though, when the stars were on the stage performing. The DJ’s were really good, too, and they filled in the gaps with talk and music. 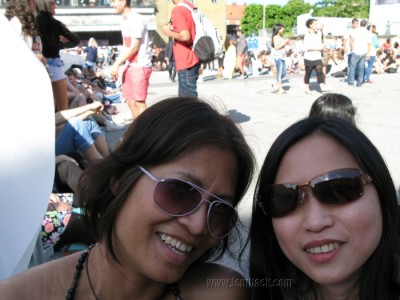 And, of course, the undiscovered concert queens. Lol! My Thai colleague and friend and I were having a good time before and after the concert.  Unfortunately, we didn’t see Nelly and B.o.B because it was too late and we started to get tired standing for hours. I’ve known Nelly Furtado with her song, I’m Like A Bird and Maneater but not much of B.o.B.