It has been known that the pedestrian zone between Marianplatz (Mary, Our Lady’s Square) and Karlsplatz is a crowded area in Munich. There are restaurants and shops along the streets. And for tourists who love architectures it’s one of the places in Munich to discover some architectural designs. The pedestrian zone is wide and long but still when it’s crowded it’s like seeing a colony of ants crawling on opposite directions of the zone. 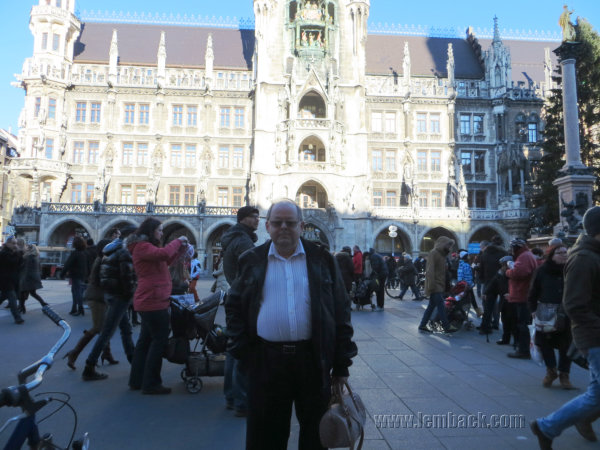 After having brunch at Café Rischart along Marienplatz we thought we’d walk through the crowd we saw. I could tell there were a lot of tourists at the time who were trying to take photographs of what they saw. It gave us no choice but to take photos among the crowd while trying to get the most of the background. It’s interesting to note that it’s here where they celebrated the end of Swedish occupation, the so-called “Thirty Years’ War”. 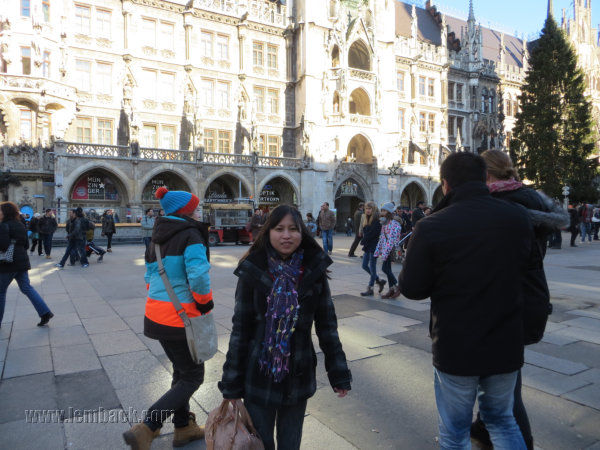 Somehow we found a spot that was less crowded but it’s still hard to get a good focus of the background. This pic looks like somebody’s taking a pic of me while I was facing hubby’s camera. Lol! 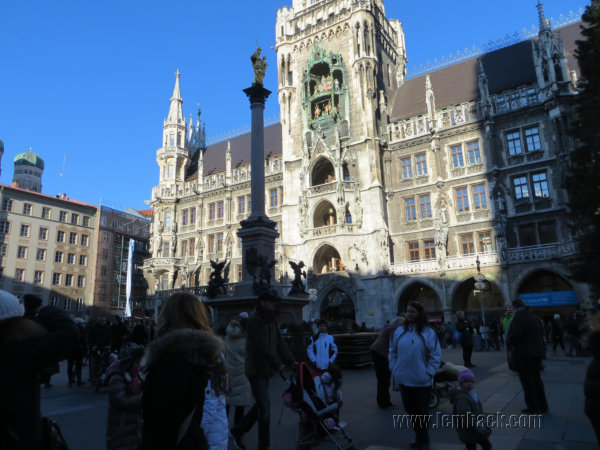 We were one of those people who were trying to get a photograph of the architecture that resembles that of a church. It’s probably the most interesting thing to see at Marienplatz. 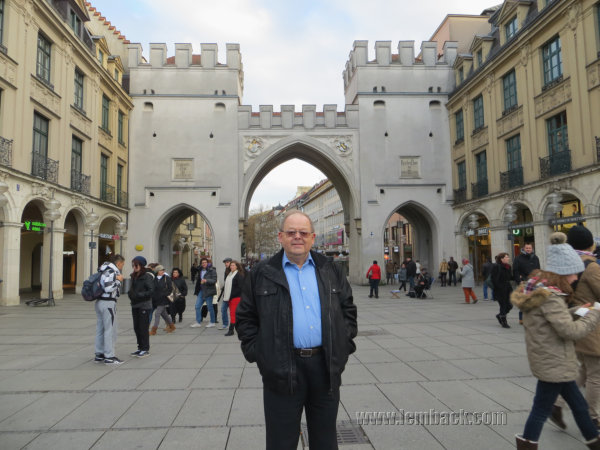 The long walk through the pedestrian zone led us to the other side which is the Karlsplatz. Behind hubby is the Karlstor, a gothic gate constructed in 1899-1902. 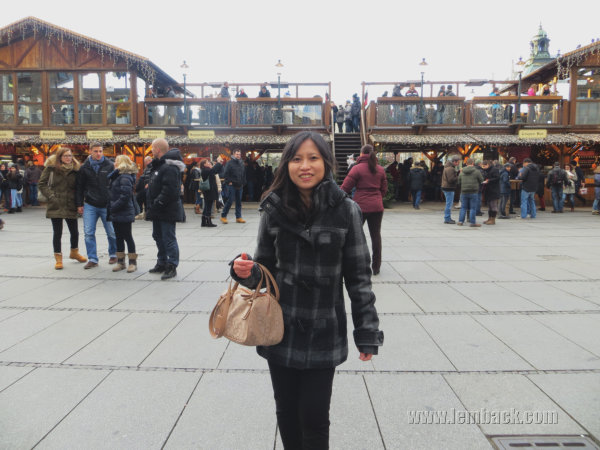 This is in front of the Karlstor. Behind me is said to be an open ice rink since it was winter when we were there. Though we didn’t look how the ice rink was built. But during summer it’s a big fountain. Lastly, we made it through the busy and crowded place in the city centre of Munich. I’m not sure if it’s the most crowded and busiest though.