With the nature of my job not providing me the luxury of sitting in the office, reading newspapers while having a cup of coffee on my free hours, I need one of these to at least utilize my little free time to blogging instead. There are times I come earlier to schools where I teach but the computers are so darn protected so I can’t snag a chance to blog or else. But if I have my own little e-notebook I can sit comfortably in the corner of a room sneaking time to blog. At least this is what I can think of to normalize the flow of posts on my site cos I really feel bad about not having so much time to update and bloghop. Anyway, these are the small ones I’m talking about. The mini-laptops that’s been catching my attention for quite some time now.

This Acer Aspire One is really cool and comes in colors blue, pink, white and brown. And sure it’s handy with 0.995 kg. Processor type Intel Atom N270, harddisk maximum is 120 GB Serial-ATA, memory maximum 1.5 GB, display is 8.9 inch Crystal Brite Led and with a resolution of 1024 x 600 bp. The webcam is not much appealing with 0,3 megapixel but useful. OS is Windows XP Home. 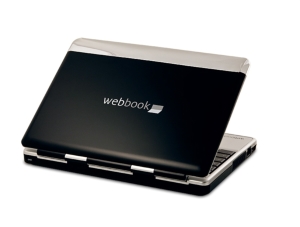 I don’t know much about this brand but the e-book is quite tempting to make a hole in the pocket. The specs include 80 GB harddisk, 1 GB RAM, a VIA C7-M 1.6GHz processor, display is 10.2 inch, Windows XP Home as the OS, a web camera and more. It’s as light as 1.3 kg but not lighter than Acer Aspire One. 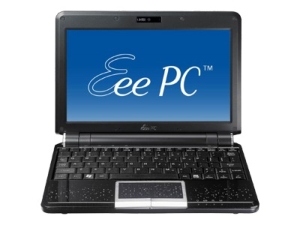 Darn I fell for this when I saw one in Berlin, but the keyboard contains the German alphabet. It’s been taking time to release it here but it’s on the way with Windows XP Home, as the first versions come with Linux and I’m not so comfortable working with Linux though. The specs include Intel Atom as the processor, memory DDR II 2GB maximum, harddisk 12GB SSD, 8.9 inch WSVGA display, resolution is 1024 x 600 bp, Open Office, web camera 1.3 megapixel and about 1kg in weight.

Which one of the three above should I go for?  The price is not that exorbitant so anyone who would want to have any of these can sacrifice an amount from his/her salary, lol!  And for me who already have loads of paper to carry everyday, I need the lighter one for this matter.  I don’t know if it helps me to be a blogger on the go but it’s worth the try.