After spending a quiet NY celebration in Valencia we decided to drive to Barcelona in the morning. Coming from France we normally get to pass through the highway of Barcelona when going to Valencia. The plan was to stay in Barcelona before heading to Valencia but it seemed all the hotels were fully booked for the NY celebration. Hubby tried to book online when we were in Nimes but what he found was a suite in W hotel that would cost like 10k sek per night. Whoa! We didn’t have that much money. 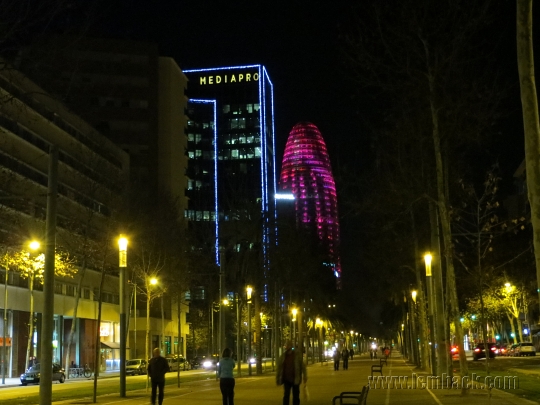 It was like 10 years ago when hubby and I visisted Barcelona for the first time. We both loved the city’s atmosphere at the time – the people we met, the food we ate, the architectures we saw. We said we would come back. And we did. 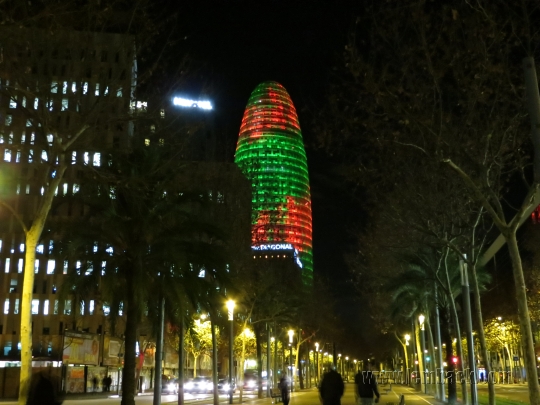 We stayed at Four Points Hotel by Sheraton and surprisingly, we could see the top of the La Sagrada Familia and this Torre Agbar (Agbar Tower). The former looks the same as when we saw it before but the latter is something new that impressed us though somehow left us wondering. Don’t be silly. It’s not what you think it is. 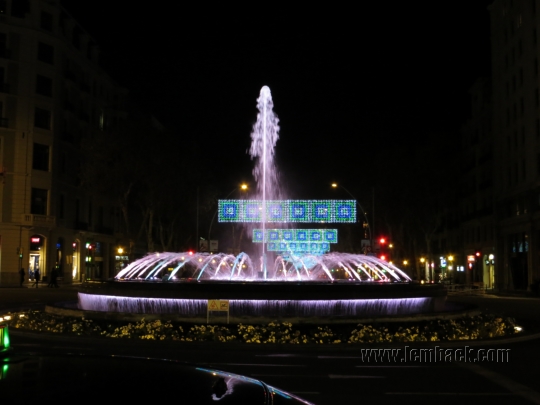 We stopped at this fountain one night. It was dazzling in changing colors. Beautiful! The taxi driver who drove us around said the the Magic Fountain wasn’t active that night but this one’s magical, too. It’s the fountain at Gran Via de les Corts Catalanes. I took a video of it when it changed colors. 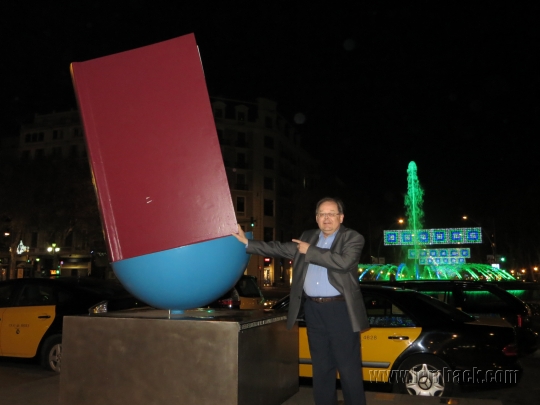 Hubby’s so fond of this giant book statue that he wanted to be in a picture of it in different angles. If it’s his favorite book, The Hitchhikers Guide to the Galaxy, he could have stolen it. 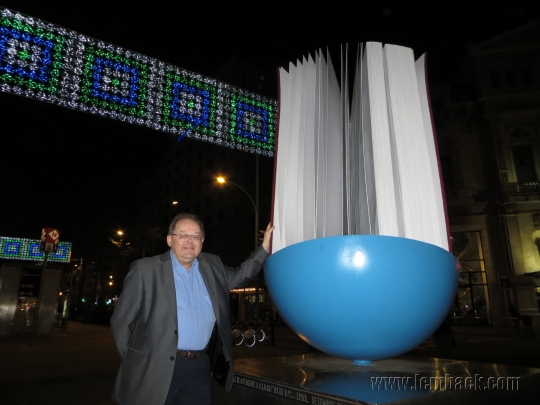 I guess you know what I meant when I said he’s fond of this Giant Book. Anyway, these are all I could recall about the things we didn’t see before in Barcelona. I’m sure there are still more to see in this city but we’ll leave them for next time.