We spent a night in Pforzheim-Niefern, Germany after a long drive from Quedlinburg, also in Germany. We just can’t get enough of Germany when we are on a road trip. Every city in this country is different and there’s always something new to see. Anyway, while in Pforzheim (it’s not easy for me to say it), we stayed at the Best Western Queens Hotel. The restaurant at the hotel, Restaurant Paladin, looked spacious and quite appealing for a quiet dinner. Sometimes it’s relaxing to sit and eat in a less-crowded restaurant. The waiter suggested we should try the asparagus soup for a starter and added that it was asparagus season in the country. 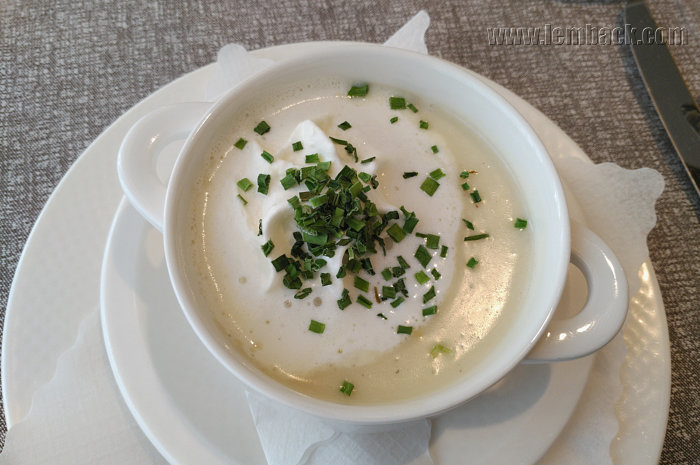 It looked exceptionally white and creamy. I was expecting it to be green as the asparagus we usually have at home is green but I’ve learnt that in Germany the white asparagus is preferred. Regardless of the colour, this creamy asparagus soup was to die for. It was so delish! 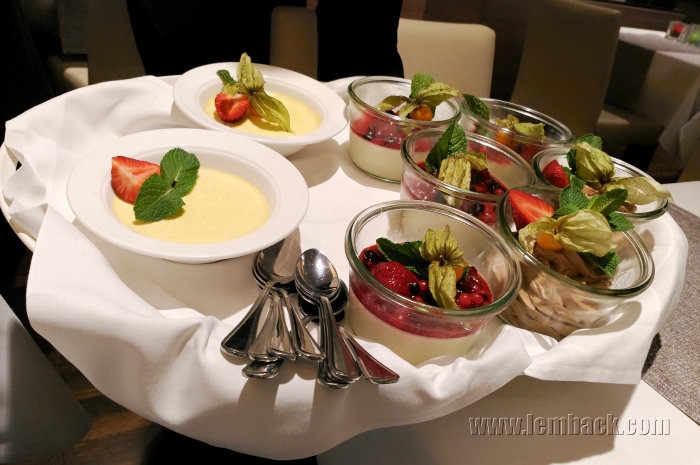 We had our meal after the soup, which consisted mainly of potatoes, meat and veggies. Sometimes we skip having some desserts but this time it was hard to avoid the temptation of a buffet of desserts in front of us. It was a surprise when the waiter came with half-done desserts to our table. We could not actually tell what they were in that state but one of my favorite desserts was included in the choices.

Voila! Crème Brûlée topped with pistachio ice cream and strawberry! Hubby chose some kind of panna cotta with different berries. Everything we had at the restaurant made for a delightful evening. 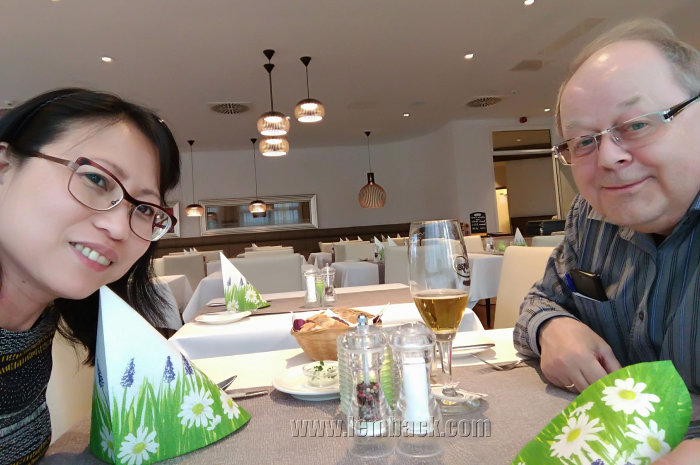 At Restaurant Paladin at the Best Western Queens Hotel, Pforzheim-Niefern, Germany. Thanks to the friendly staff of both the hotel and the restaurant.